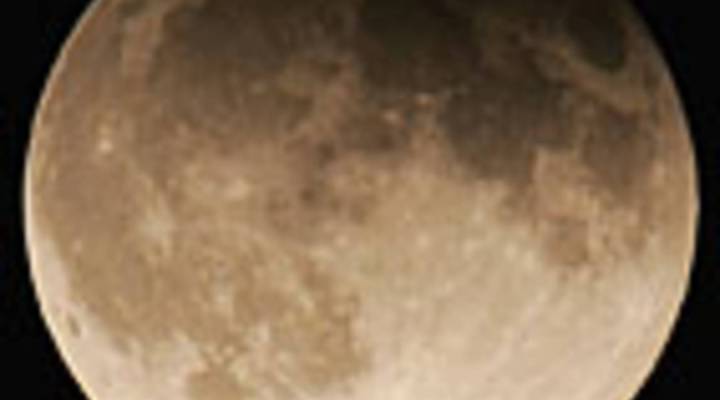 Bid on your own little piece of space

Bid on your own little piece of space

KAI RYSSDAL: It was another day of construction today at the International Space Station. The shuttle Atlantis is docked up there. Tomorrow a Russian rocket lifts off carrying the first-ever female space tourist. Iranian-American Anousheh Ansari shelled out $20 million for 10 days in space. If you’ve got space fever but don’t have that kind of cash, there’s a choice that’s a bit closer to home. Meteorites. Gram for gram they can cost more than gold or diamonds. Most are more than a billion years old. And if you want one, your best bet might be eBay. Marketplace’s Stacey Vanek-Smith reports.

STACEY VANEK-SMITH: The final frontier has fascinated earthlings for millions of years. And now you can get your hands on a piece of it. Meteorites are chunks of planets, asteroids and moons that have been knocked loose and sent catapulting to Earth. These days, the meteorite trade is worth billions and billions of dollars. Some of the most-prized pieces are chunks of the moon and Mars.

MICHAEL COTTINGHAM: The lunar meteorites and the Martian meteorites capture the imagination of children and of adults, and of everybody. You know, it’s like now we actually can hold in our hands a piece of these planets that we have seen from so far away for so long.

Michael Cottingham has been a meteorite hunter and dealer for nearly a decade. He’s traveled to Africa, Australia and South America looking for the rocks. When he first started selling, it was mainly to a handful of private collectors. But then he and other dealers started selling meteorites on eBay. And the market took off at warp speed. The site now accounts for more than 90 percent of Cottingham’s business. He says eBay made people aware that they could actually buy a meteorite.

Lunar and Martian meteorites are still quite rare — only a few dozen have ever been found. But these days, people snap up about a thousand of the more common types each week on eBay. Professor Randy Korotev studies lunar geology at Washington University in St. Louis. He says eBay’s now the fastest and cheapest way to get specimens for the lab.

The newfound popularity of meteorites has changed the market dramatically. Average Joes have started searching for meteorites and more people are pitching in to fund hunting expeditions. That’s put dozens of new meteorites on the market. And all that shoe leather’s been a big boon for scientists like Korotev.

KOROTEV: I have much more new samples of the moon to study now than I did, say, 10 years ago. In fact, you really have to keep on top of it, there are no lunar meteorites being discovered every month or so right now.

The intergalactic gold-rush has also sent prices plunging. Lunar meteorites used to go for as much as $100,000 a gram. That’s half a million bucks for a piece the size of a nickel. These days, they sell for less than $1,000 dollars a gram.At a pub in Manhatten Beach, California, collector Dave Radosevich pulls a slice of rock out of a cardboard box. It’s about the size of a postage stamp, and it’s the color of asphalt

DAVE RADOSEVICH: Well, you’re holding a piece of the moon. And that’s probably the real color of the moon.

He sets a slice of Mars next to it. It’s the color of an avocado.

RADOSEVICH: Um, you can actually tell it’s green. So, I think the Martians really are green.

In the eight years that he has been in the meteorite market, Radosevich has amassed about 300 specimens — one of the best collections in the world. He has mixed feelings about eBay. He likes the increased variety, but he doesn’t like to see that meteorites are being cut into smaller, more affordable pieces.

RADOSEVICH: If a dealer has this rock and says, “OK, it’s a $1,000 rock, how do I get this to the guy that can afford a $10 piece of it?” Well, he’ll cut a thousand pieces off of this thing and he’ll sell that to 100 different people on the Internet.

ROBERT PEARLMAN: For less than $100, you’re looking at very, very small. About the size of a grain of sand.

Sure, they’re small, but officianados like Robert Pearlman say size doesn’t matter. He’s the editor of CollectSpace.com. It’s a kind of Craigslist for the space set and it also deals in meteorites.

PEARLMAN: Well, the material is very limited and, you know, you can’t go to your corner store and find a meteorite.

Pearlman also says the days of relatively easy pickin’s for meteorites from the moon and Mars may be just about over. And almost everyone expects the price tag to skyrocket again as the rocks become scarcer. So forget the 401K, meteorites probably wouldn’t make a bad retirement plan.

RADOSEVICHE: I have told my wife on occasion, I says, you know, when we’re old and gray and we want to go take a cruise somewhere, I’ll just sell a rock.

On the third rock from the sun, I’m Stacey Vanek-Smith for Marketplace.