BRIAN WATT: One year ago this morning Hurricane Katrina barreled into the Gulf Coast. It was the costliest disaster in American history. Earlier this year we met a brother and sister in Biloxi, Mississippi. They lost their houses and most of what they own to Katrina. But their stories since then are very different. From American RadioWorks, Stephen Smith reports.

STANLEY SMITH: Hey. How you doing?

STEPHEN SMITH: Stanley Smith is proud of his almost-finished, brand-new house. Katrina destroyed his old place, a one-story home in a poor part of Biloxi. Stanley’s still on the same lot, but now his master bedroom is up on the second floor, well above flood level.

Stanley lost his job to Katrina, so he spent the last year in steadfast pursuit of federal grants and loans, of insurance adjusters and FEMA inspectors. The result, a two-bedroom cottage with a steel roof.

STANLEY SMITH: I’m gonna end up in a house I would say 200 times better than the one I was in. Much nicer house.

Stanley did not have flood insurance. He didn’t get much money from his regular homeowner’s policy either. But he had other things going for him: the mortgage was nearly paid off, Stanley’s credit was good and he spent 16 years in the military. He knew how to work the bureaucracy. He ended up with a $144,000 disaster relief loan and the new house should be about finished any day now.

A few streets away, summer cicadas buzz in the trees near Ethel Curry’s house. She’s Stanley’s older sister — but her situation is profoundly different. Ethel is 60 years old. She was alone when Katrina flooded her house to the ceiling. Ethel can’t swim. She survived by climbing in a refrigerator floating on its back with the door splayed open. And now it’s hurricane season again.

Living in a flimsy FEMA trailer in the yard is no comfort. Ethel inherited her hardscrabble home from her parents. All that’s left now are the exterior walls and the studs inside. No roof, no flooring, no sheetrock. Unlike her brother, Ethel couldn’t get a relief loan and she doesn’t have the same know-how for navigating the relief bureaucracy. She’s hoping that volunteer groups will do the work. But a year after the flood she can’t seem to get a start.

There’s a federally funded grant program to help Mississippi homeowners rebuild. It offers up to $150,000. But because she didn’t have insurance, Ethel didn’t qualify. Katrina relief programs have been faulted for favoring middle- and upper-income storm survivors instead of more vulnerable people. As one report puts it: recovery takes longer for those who had less to start with. 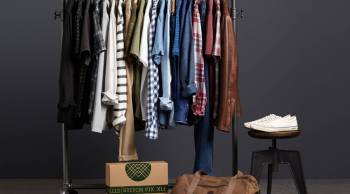