KAI RYSSDAL: Health care costs are going up, as we all know, but the government’s having none of it. For the fourth time in as many years, Medicare’s cutting the rate it pays out to doctors who treat seniors, 5.1 percent this time around. Interestingly, though, Congress has rolled back the cuts each and every time. From the Marketplace Health Desk at WGBH, Helen Palmer explains.

HELEN PALMER: Medicare has to impose these cuts on physicians, due to the Balanced Budget Act, says Herb Kuhn. He’s director for the Center for Medicare Management.

HERB KUHN: It’s embedded in the current statute, where they have a target they have to beat and if spending goes beyond that target, it triggers an automatic cut.

Kuhn says physicians are giving seniors more tests and scans and procedures. That’s pushed up costs and made cuts inevitable.

Doctors say they’re giving better care to older and sicker patients. Physician payments haven’t kept up with inflation, and doctors won’t be the only losers if the cuts go through.

Ceecil Wilson is chairman of the American Medical Association’s Board of Trustees.

Wilson says an AMA survey found that nearly half of doctors say they’ll stop taking new Medicare patients if the cuts go through.

But that reform isn’t likely to happen in this Congress. Brandeis University’s Stuart Altman says lawmakers will find a way to make up the cuts.

STUART ALTMAN: What Congress does, it doesn’t want to change the law so I’m willing to bet that at the end of the day they will come up with some fix that doesn’t give them that cut.

For the last three years, Congress has dipped into a reserve fund to the tune of nearly $23 billion to avoid cutting physician payments. But Medicare actuaries warn that fund is running low.

Meanwhile even with the cuts, the program plans to raise the premium rates seniors pay for doctor services by over 11 percent. 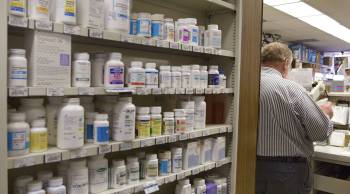