MARK AUSTIN THOMAS: Today marks the 40th anniversary of the Freedom of Information Act. That act was originally designed to be a tool for journalists to keep government honest. But as Marketplace’s Jeff Tyler reports, some companies had other ideas.

JEFF TYLER: Each year Americans file more than one million requests using the Freedom of Information Act, or FOIA.

Michael Doyle is a McClatchy newspaper reporter who combed through government logs to find out exactly who files all those requests.

He discovered that journalists only accounted for about one percent. Most came from . . .

MICHAEL DOYLE:“Business, people that have a financial incentive to find out information held by the government.”

For example, pharmaceutical companies may use FOIA to track a competitor’s drug application.

Timber companies often study internal government documents for tips on how logging decisions get made.

Doyle says just keeping up with requests is costly.

DOYLE:“Tens and tens of millions of dollars are spent by the federal government processing these claims every year.”

Millions more are made in the private sector by law firms. They file Freedom of Information Act requests of behalf of corporate clients who prefer their identities remain confidential. 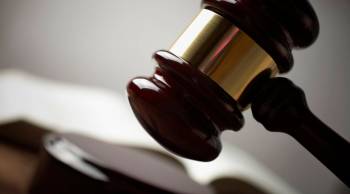