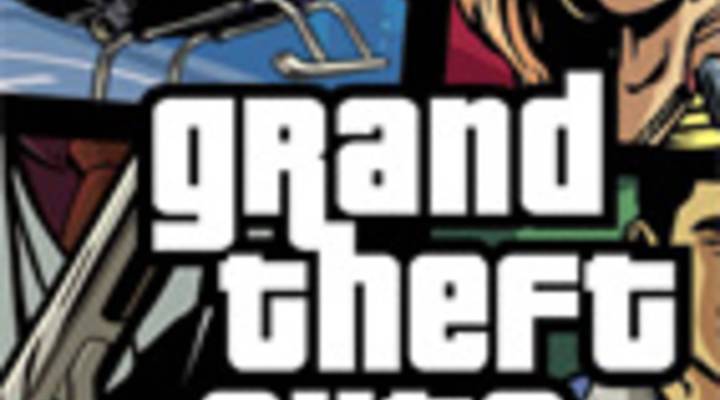 KAI RYSSDAL: The center of the video gaming universe comes to Los Angeles tomorrow. Something called E3 kicks off. That’s the Electronic Entertainment Expo. The annual party for the $31 billion industry. Gaming aficionados are already in town, getting a sneak peek at the cool stuff. But one of the new games reminds them of an old one. Marketplace’s Ethan Lindsey tells us about the best-selling PlayStation game of all-time.

You can do the math yourself: 13 million copies of Grand Theft Auto times its $50 price tag. That’s more than half-a-billion dollars for the game maker Take Two Interactive. Even in the explosive video game business, that’s a blockbuster.

Pete Wanat is a producer for Vivendi Universal Games. Even though he works for a rival programmer, he remembers how he felt the first time he played GTA, as it’s called.

PETE WANAT: Amazing. Like mindblowing. You have this sandbox, this open world, and it hadn’t really been done before.

That sort of reaction isn’t unusual. Grand Theft Auto changed the very nature of how people play video games. What makes the game unique is that it doesn’t force players to move through the game one level at a time. Instead, it puts you in the middle of a massive world, and allows you to interact with almost everything and everyone in it.

MICHAEL PACHTER: So Grand Theft Auto, which was the first of these types of games, exploited the fact that we all really do kinda wanna be a criminal. We can’t be a criminal in real life so we’ll be one in a video game.

One gamemaker sells a Godfather game. Another plans to release a Sopranos game. In 2004, Vivendi Universal decided to get in on the act. “Scarface: The World is Yours” quickly became one of the most anticipated of the GTA copycats. Vivendi turned to Pete Wanat to lead the development. He says the main character in Scarface appeals to gamers.

WANAT: Tony Montana, as a video-game protagonist, is perfect. Largely due to the fact that he’s not a protagonist.

Scarface lends itself to a game version for a number of reasons. It’s violent, fast-paced and over-the-top. The movie was just re-released in theaters, its DVD is a best seller, there’s even a popular rapper who calls himself Scarface. The movie’s reached a popularity that it never achieved when it first hit theaters in 1983.

WANAT: You know, it’s the American Dream. You have nothing, you come over here on a boat with just the clothes on your back and you work really hard — obviously, in Tony Montana’s case, through illegitimate means — but you build wealth and empire and power. And that story rings true more today than probably even when the motion picture came out to begin with.

Problem is, Scarface makes such a perfect video game that it’s already been made. It’s just that it was named — get ready for the irony — Grand Theft Auto. Basically, the plot of GTA is a simple rip-off of Scarface. The game takes place in the streets of Miami. Your character looks like Al Pacino. And whole scenes from the game are taken straight from the movie.

Vivendi Universal says GTA did borrow from its copyrighted material. But Wanat says he’s solved that problem. He got Al Pacino to sign off on the Vivendi game and brought many of the original cast members back as voice actors.

WANAT: We know at the end of the film that Tony Montana dies in a shootout. And we were all intrigued that if you gave the player control over Tony in that last scene, what would happen if he was able to fight his way out? And I think most times in a game, when you die like you do in the film —when Tony dies — what happens in the game? You just come back to life and you try it again.

Universal Pictures wouldn’t say why it failed to defend its copyright when GTA came out. Maybe it didn’t want to anger gamers. Maybe it didn’t think it would ever make a Scarface game. Whatever the reason, Wanat says it’s beside the point now. Even if there are similarities, people will still buy Scarface as long as it’s a fun game to play.