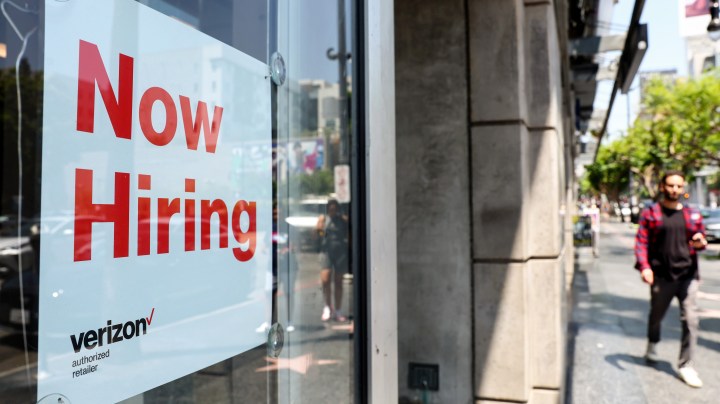 COPY
"The job market is still this bright spot really and it's overall outperforming kind of the rest of the economy," said Sarah Chaney Cambon, an economics reporter for The Wall Street Journal. Mario Tama/Getty Images

"The job market is still this bright spot really and it's overall outperforming kind of the rest of the economy," said Sarah Chaney Cambon, an economics reporter for The Wall Street Journal. Mario Tama/Getty Images
Listen Now

High inflation is forcing some companies to lay off workers in order to stay afloat. But because of the high demand for labor, workers are able to find new jobs rather quickly.

According to the Labor Department, unemployed workers spent a median duration of 8.5 weeks off the job in July, down from 14.4 weeks a year earlier. This is because there are nearly twice as many job openings as unemployed people.

In many cases, workers are finding positions that offer higher pay and better benefits after being laid off. Sarah Chaney Cambon, an economics reporter for The Wall Street Journal, wrote in an article that “with job opportunities so abundant, many unemployed workers are finding jobs that suit them within a matter of weeks or even days.” She spoke with “Marketplace” host Reema Khrais about how laid-off workers are finding new jobs and the current status of the labor market.

Sarah Chaney Cambon: We have seen that job openings have been really high over the past year or so. And unemployment has come down a lot. So there are just fewer workers looking for jobs than there were a year ago. The unemployment rate’s actually at, you know, a 50-year low. And so, as a result, companies are still trying really hard to find workers and fill those open roles.

Reema Khrais: Yeah. And you’ve been talking to a lot of workers who’ve recently been laid off and are looking for jobs. What sorts of things have you been hearing from them?

Chaney Cambon: Yes, yeah. I mean, everyone has their unique story, so it’s not like unemployment is short and easy for everyone, by any means. But the workers that I spoke with for this story were saying that they were laid off from all sorts of different companies. And then they were surprised at how many recruiters started reaching out to them and how fast they were able to find work, which really speaks to, again, how strong that labor demand is right now.

Khrais: You had a great anecdote about this guy named Reggie. Can you share his story with us?

Chaney Cambon: Yeah. So Reggie is from South Carolina. And he was telling me that in early August, he got on this Zoom call and found out that he was losing his job — he was in a sort of manager role — as part of broader layoffs at this health insurance company he worked at. And he had been sort of in, they were very casual, with this company, an insurance company, but nothing was really concrete. And he thought that it would take about a month at least to find a new job. But then around 1 p.m. on the same day that he was laid off, a recruiter called him up from the insurance company and was like, “I’ve got good news, I’ve got a job offer for you.” And this is the first time that the recruiter had ever told a worker or made a job offer the same day that someone had gotten laid off. So pretty crazy.

Khrais: Yeah. How long do you think this labor market can stay this hot? I mean, are we seeing any signs of things cooling down?

Chaney Cambon: We are seeing some signs of cooldown. It’s not nearly as fast as I think a lot of economists expected it would be. But we have seen that jobless claims, which is basically a proxy for layoffs, have ticked up some over the past few months. We’ve seen that job openings have declined from a record high. So it’s still high, but just less high. And job growth is still strong. But it’s not like it was at the early stages of the pandemic when companies were reopening and had to hire back.

Khrais: And I feel like, you know, there’s a lot of talk right now about “Are we on the verge of a recession, are we not?” I feel like with a market like this — I mean, how do you respond to that question? Because it sure doesn’t seem like it, right?

Chaney Cambon: It’s a really interesting time because there are all of these economic challenges like the housing market has been doing pretty poorly the past few months. The American consumer is in OK shape, but they’ve definitely been more cautious with their spending. And of course, everyone’s dealing with really high inflation. And we saw the economy contract in the first two quarters of the year. So there are all these challenges, but at the same time, the job market is still this bright spot really and it’s overall outperforming kind of the rest of the economy, but it’s also a big part of the economy. So we’ll leave it up to the economists to decide whether we’re in a recession, but it’s an interesting time, for sure. 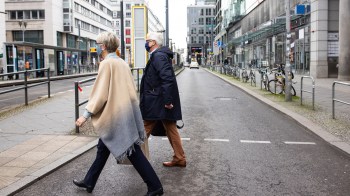