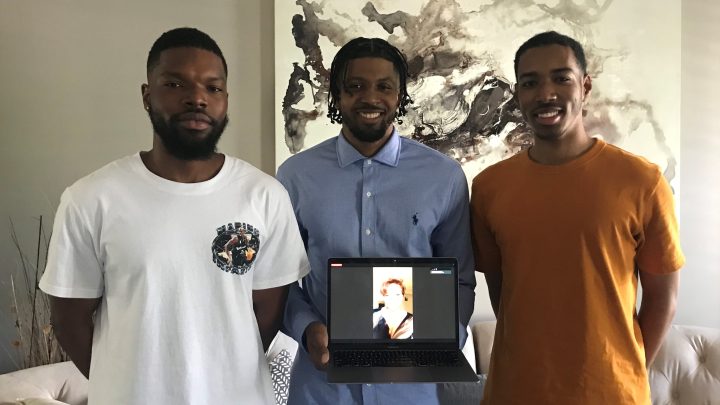 Generation Z — the generation born between 1997 and 2012 — is coming of age during a unique and difficult economic moment. The oldest Gen Zers are now halfway through their 20s.

Some graduated from college smack in the middle of the pandemic. Now, they’re dealing with the highest inflation in 40 years and volatile markets. So, how are Gen Zers approaching their financial lives?

Some go clubbing. Investment clubbing, that is. Over Memorial Day weekend, 25-year-old Guy DeWeever II invited some friends over to his house in Dumfries, Virginia. They’re all part of an investing group of young Black professionals. DeWeever graduated from college at the beginning of the pandemic. The job he’d lined up?

“That offer got — they didn’t say ‘rescinded,’ but they said ‘postponed, indefinitely,’” DeWeever explained.

DeWeever ended up going to grad school and is about to start work at a consulting company. But he knows he needs a nest egg. “I am planning on investing more than 50% of my income,” he said.

DeWeever’s friend, 23-year-old Emanuel Perez, estimates he lost about 40% of his nest egg to the cryptocurrency plunge. He’s going to rein in his risk and try for a cushion of old-fashioned dollars. Perez said he grew up just above the poverty line in the Virginia Beach/Hampton Roads area. He sold homemade fidget spinners in fourth grade and Smarties candy in seventh grade.

“I bought Smarties and saw that kids were crushing it up and inhaling it,” Perez said with a wry laugh. “It was in limited supply, and I saw a demand for it, and I just met that business need.”

Perez said that’s still his mindset. Same with his friend Leah Smith, who’s joined the group on Zoom from Arizona. Smith is 22, and she said people close to her have died from COVID-19: her pastor, her former babysitter.

“I lost a lot of people along the way, and they had bigger dreams than mine. And I felt like, in a way, I just wanted to live out what they could have done for themselves,” she explained.

Smith’s drive impresses Ionnie McNeill, who teaches a summer program on investing for Gen Zers. McNeill herself is 34 — a millennial. She said her generation had an easier time and compares Gen Z to people who came of age during World War II.

“I’m starting to see those same qualities and traits in Gen Zers because of when they were born, the experiences that they’re having to encounter,” she said.

Older Gen Zers remember the 2008 financial crisis. Twenty-three-year-old Jim Zieleman is a data scientist in Gainesville, Virginia, and is about to start a new job that pays six figures. But he never feels financially secure because of what he saw growing up.

“I remember my dad, he would come home and he was like, ‘Oh — I got laid off today.’ And then he just sat around for, like, a year applying for jobs.”

Zieleman’s parents had savings. But some of his friend’s parents didn’t and lost their homes to foreclosure. Zielman said he’ll buy a home when he’s saved up enough to pay entirely in cash. He hates debt.

That’s no surprise to Kristi Rodriguez, who heads the Nationwide Retirement Institute. Their recent survey found that other Gen Zers say they’re putting off big purchases like houses or cars because of inflation. And, Rodriguez said, around 15% of the Gen Zers they talked to are reducing contributions to their 401(k) retirement plans.

“But when you impact your retirement savings, that could potentially, you know, determine how long you work, determine the lifestyle that you want to live,” she said.

That’s been a theme at the investment club meeting at Guy DeWeever’s house. DeWeever’s friend Tobi Plumpter tells the group he had been contributing 10% of his salary to his 401(k) but cut it to 6% because of the cost of living.

“When I started realizing that — ‘Hey, where is my paycheck going?’ I realized that maybe I’m over-allocating my investments. Let me lower my investments into my 401(k) down a bit,” he told the group.