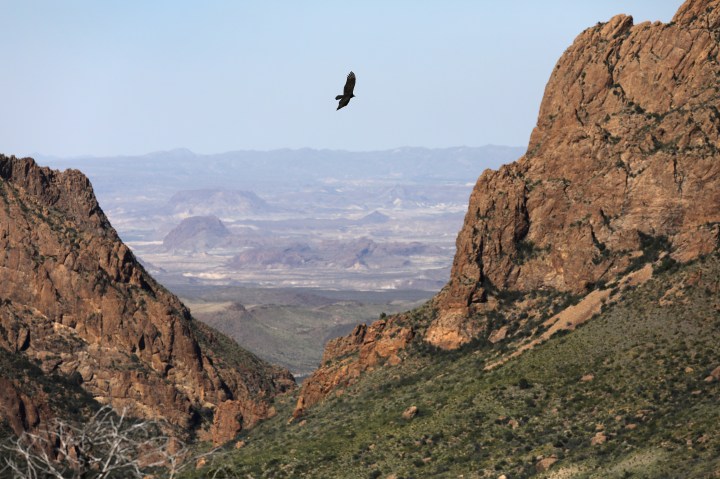 Visitor numbers there have been skyrocketing in recent years, just like at other national parks, and Big Bend supporters worry about the impacts. So they’re now calling for a special “wilderness” designation that would protect the park’s natural areas for generations.

But strict federal land rules are rare in Texas, and there are already signs that some in the West Texas tourist economy might be wary of the idea.

At an overlook in Big Bend, park Superintendent Bob Krumenaker shows off a sweeping view of mountains and desert lowlands near the park’s popular Window Trail.

“The Window is this notch in the mountains, and water, when we have water, flows through that,” Krumenaker said. “It is a spectacular hike.”

This Chihuahuan Desert landscape is one of the most pristine parts of Texas, and a recently formed group called Keep Big Bend Wild is pushing for Congress to ensure it stays that way by formally declaring most of the park as wilderness.

“The wilderness would preserve the things that people tell us they love about this park the most,” Krumenaker said.

Areas in the National Wilderness Preservation System are the most stringently protected, yet still accessible, types of public lands in the United States, with limits on things development? like building roads and facilities.

Right now, Big Bend’s staff has a policy of managing the park that way, but wilderness supporters say that’s not enough, and they want lawmakers to act.

Retired wildlife biologist Raymond Skiles is among those who said they’re worried about potential overdevelopment in the park someday, perhaps to better accommodate the growing crowds.

Skiles, who worked at Big Bend for decades, said there have been plans that would have dramatically changed the park’s landscape. For example, in the 1960s, lawmakers wanted to build a commercial airport on the edge of the park.

“I’ve seen a few of these things that, they’re rare, they did not come to pass, but it wasn’t because someone didn’t want it to happen,” Skiles said. “And I could just see that that could be in the future as well.”

According to Skiles’ group, Keep Big Bend Wild, the wilderness designation would keep anything like that failed airport plan from being considered again, but it would not impact any existing park facilities.

“I haven’t budged from being opposed to it,” he said.

It’s the busy season at Ivey’s Starlight Theatre, where a singer is belting her heart out to the crowds of visitors munching on burgers and throwing back beers.

Ivey’s a big player in the local tourism economy and the board president of the Brewster County Tourism Council. The council, which promotes tourism to the region and includes local business owners, has notably declined to endorse the wilderness idea.

Ivey’s opposition stems from when the idea was first floated decades ago. Back then, some state and local officials said they feared a wilderness designation would’ve made the park less accessible.

Wilderness supporters promise that won’t happen now, but they haven’t developed a detailed proposal yet, and that’s a problem for Ivey.

“If we’re going to endorse something or agree to something that we don’t know what it is, I’m not comfortable with that,” Ivey said.

The wilderness effort does have support from other local businesses, like river guides who run commercial trips in the park.

Keep Big Bend Wild wants Congress to pass legislation designating the wilderness area by the start of next year. But so far, representatives and senators from Texas haven’t said much about the idea, so it’s far from clear if there’s the political will in Washington, D.C., to make it happen.