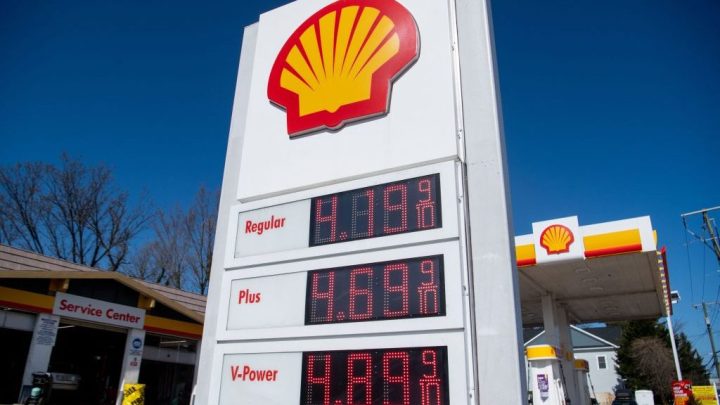 There’s a litany of factors leading to higher inflation: rising oil and gas prices, worsened due to Russia’s invasion of Ukraine. COVID-19 lockdowns in China’s key manufacturing sectors. Congestion at ports. But these are just the factors many economists can agree on, and there are plenty that they don’t.

Emily Stewart, a senior correspondent at Vox, wrote about the causes and possible fixes for high inflation, including the factors that not everyone agrees on. Stewart spoke with “Marketplace” host Amy Scott about her reporting. The following is an edited transcript of their conversation.

Amy Scott: You would think it would be fairly straightforward, what’s causing the inflation we’re seeing. A lot of economists claim to know, but as it turns out, it’s not that simple. Why is that?

Emily Stewart: Yeah. When I set out to do this story, my editor said, “Well, just ask what’s causing inflation and what’s going to fix it.” And everybody that I told this to kind of laughed at me because there are a lot of things going on. And with some [inflation factors], you know, there’s some consensus. And with some, there’s really not. I mean, anybody goes to Twitter to look at economists, and they spend a lot of the day arguing with each other about what’s happening.

Scott: Yeah, absolutely. And so let’s talk about some of the factors. I actually made a list of them because it’s frankly hard to keep track. I mean, we know, obviously, the pandemic and the supply chain issues that caused are a big part of this. But you talk about some deeper roots to this inflation, say, investment in infrastructure, for example.

Stewart: Right. Some of the people I spoke to said, “Listen, a lot of this is sort of the chickens coming home to roost over the years.” We know that our supply chains for years have been kind of underinvested in. We have a lot of last-minute supply chains, just-in-time supply chains, where if there’s one tiny, little thing out of whack, it’s going to throw the whole system out of whack. And what we’ve seen in the past couple of years is that a lot of things can be thrown out of whack pretty quickly. And suddenly the fact that the country hasn’t invested in infrastructure, or that companies haven’t made investments in infrastructure to make things work better, that really does eventually have a cost.

Scott: One of the big debates, which really boils down to someone’s political position, is whether this is all about the federal stimulus coming out of the pandemic that overheated the recovery, or if this is basically companies’ greed. They’re charging more because they can. What do you think is behind that divide? And how much do we know about whether each of these factors is playing a role here?

Stewart: As you said, a lot of this is politics. There are plenty of people who say the American Rescue Plan that President Biden signed into law when he first came into office did it, that the real problem here is the stimulus checks. And there are plenty of people that say, “Listen, it’s hard to make that one-to-one comparison if you see where inflation is happening.” That’s not exactly it. And plenty of people also — especially Democrats and some progressives — are arguing that it is corporate concentration, that it’s corporate greed, that companies are taking a look at the inflation narrative and saying, “Hey, we can kind of bump up our margins a little bit more.” I think what’s tricky there is that are some companies probably doing that? Sure. Is that causing inflation? Hard to say. Corporate concentration wasn’t invented over the past two years.

Scott: Part of me is wondering, does it matter that there are a lot of causes and we don’t necessarily know what’s playing the biggest role? That the answer is that we need a lot of different tacks to try to solve this. And I wonder, what you think about that? Do we need consensus?

Stewart: I mean, to a certain extent, we don’t need consensus. At the same time, if you don’t really know what the problem is, it does make it a little bit difficult to fix. Not to say that there aren’t plenty of people trying. We’ve seen the Federal Reserve saying that they’re starting to raise interest rates, so they’re going to try and take the actions that they can take. But that’s going to take some time to shake out. You know, the White House is trying to help out supply chains and improve trucking, but there’s only so much that they can do. One person said to me one of the best things the White House can do is to be honest with people that this is going to take some time. At the same time, certain factors causing inflation right now, like Russia’s war in Ukraine, like COVID in China is just completely out of American policymakers’ control.

Scott: What do you think the long-term implications of not getting this right could be? Why is it so important that we understand?

Stewart: Well, as much as we like to say the current moment is unprecedented, it is and it isn’t. These are problems that, if we don’t understand now, and we don’t fix now, then this could happen again. And, you know, I talked to one economist who said, “If you do believe that it was fiscal stimulus that did too much, in the future, that might make a Congress that is less willing to do fiscal stimulus in another downturn.” And so it is important to try and figure this stuff out.

Scott: Because even if there’s not a next time, there will be a next time that rhymes, at least, with what we’re going through.