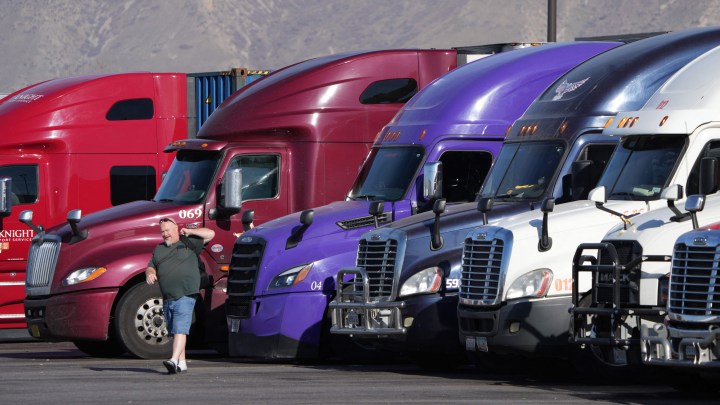 COPY
A new vaccine requirement for drivers to cross the U.S.-Canada border could compound labor shortages among long-haul truckers and worsen other supply chain issues. George Frey via Getty Images

In the early days of the pandemic, getting across the U.S.-Canada border wasn’t easy, except for long-haul truck drivers, whose work moving everything from food to electronics across the border was considered essential.

But starting Saturday, Canada will require those truckers — including Canadians returning to the country — to show proof of vaccination to cross over from the United States.

So what could that mean for supply chains in both countries?

Most employees of Hanson Trucking in northwest Montana are ready for the looming mandate.

“Ninety percent of our drivers that go to Canada are vaccinated. Some of them are under protest doing that, but they’ve still done it,” said manager Steve Hanson.

Plus, he has work for the holdouts; only about 60% of the company’s routes are international. The problem, he said, is attracting new workers who are willing to get vaccinated.

“Very much, so it’s a deal breaker when you mention that COVID shot,” he said.

Unfortunately, the trucking workforce is shrinking on both sides of the border, according to Stephen Laskowski with the Canadian Trucking Alliance.

“During COVID and with the Great Resignation factors, there are many who chose early retirement,” he said

Laskowski said replacing those retirees has been challenging in today’s tight labor market, and once the mandate goes into effect, the industry will have 12,000 more jobs to fill in Canada alone.

“That’s why we’ve suggested to push this mandate out into the future, when the supply chain is far more stable,” he said.

Whether further disruptions occur could depend on whether trucking companies have been preparing for this rule change, said Johnny Rungtusanatham, a professor of supply chain management at York University in Toronto.

“If so, then plans would have been put in place so that any pain that we feel will be short-lived, and that’s the best-case scenario,” he said.

According to the Office of the U.S. Trade Representative, commerce in goods between the two countries totaled about $612 billion in 2019 — before the pandemic. 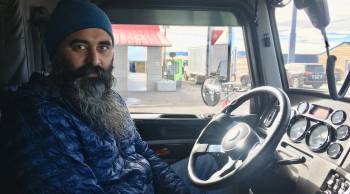 Amid a record driver shortage, Indian-American Sikhs are taking to trucking