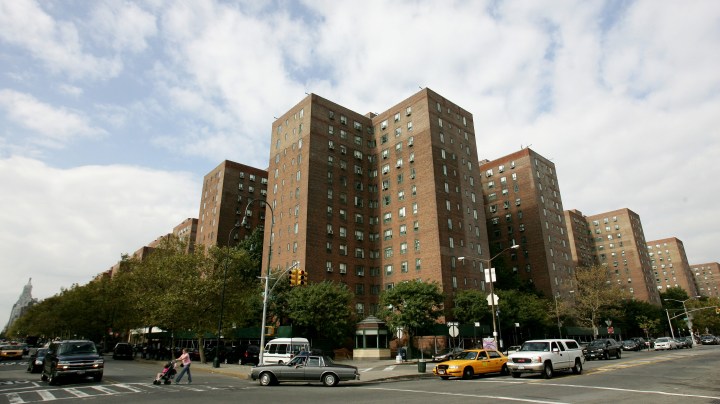 COPY
The uptick in private equity money in the housing market could pose challenges for renters. Above, New York City's Stuyvesant Town apartments in 2006. Today it's owned by private equity firm Blackstone and its partner Ivanhoé Cambridge. Don Emmert/AFP via Getty Images

The uptick in private equity money in the housing market could pose challenges for renters. Above, New York City's Stuyvesant Town apartments in 2006. Today it's owned by private equity firm Blackstone and its partner Ivanhoé Cambridge. Don Emmert/AFP via Getty Images
Listen Now

Most rental units in the U.S. are under some sort of corporate ownership. That spans from individuals with a limited liability company on up to giant real estate magnates with hundreds or thousands of units, said Jenny Schuetz with the Brookings Institution.

What worries most people, she said, is the increase of private equity money in the housing market from Wall Street firms like BlackRock.

The trend goes back to the Great Recession, when investment firms started scooping up distressed properties for bargain-basement rates, according to Dan Immergluck, an urban studies professor at Georgia State University.

That’s driven up prices for average homebuyers. And it poses challenges for renters, said Jim Baker with the Private Equity Stakeholder Project.

The complicated business ownership structures make it difficult for tenants to respond, he said. “It’s almost mechanical. They just automatically file, you know, in some cases, hundreds of eviction filings.”

And he added that the hot pandemic housing market has left many smaller landlords looking to sell at top dollar.