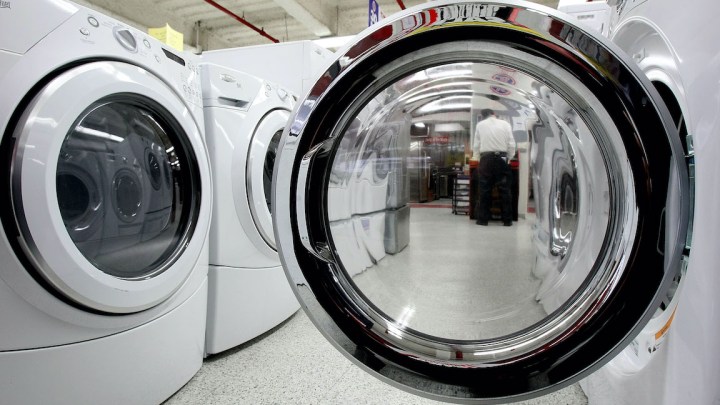 Orders for durable goods decreased $2.9 billion, or 1.1%, in February, the first decline in 10 months, the Commerce Department reported Wednesday.

These are big-ticket items that last three years or more. For consumers, they include appliances, electronics and vehicles. For businesses, durable goods also mean vehicles, machinery and other equipment.

Tracy Vaught will have to buy a lot of those items for her new restaurant, which she plans to open this spring in the Houston area. To get the place ready in time, Vaught said, she needs “furniture, kitchen equipment, bar equipment, air conditioning.”

But Vaught did not order any of that in February because “we didn’t have any electricity for days. Nothing much was getting ordered during the actual storm.”

Those storms knocked out power, heat and water to millions of people in Texas and beyond. They also dragged down the country’s total durable goods orders for February.

But there was more economic weirdness, according to Gary Schlossberg, global strategist with Wells Fargo Investment Institute. “There were lots of distortions,” he said.

For example, new orders and shipments of motor vehicles and parts were down about 9%. Schlossberg explained, “That undoubtedly reflected supply disruptions — the shortage of semiconductors.”

U.S. automakers don’t have enough semiconductors to make all the cars they want. And you can blame pandemic supply chain problems for that.

But if you take silicon chips and bad weather out of the equation, things are looking all right, according to Samuel Coffin, a senior economist at UBS: “If you look at durable shipments over the past year, they’re up 2% year-on-year, which is pretty good, you know, even with that February pause.”

Coffin also pointed to recent Federal Reserve bank surveys of manufacturers in the Philadelphia and New York regions, which show really good growth. “I mean, the Philly Fed measure was at its highest level ever except for three months in the early ’70s,” he said.

Apparently, durable goods ahead are looking durable and good.