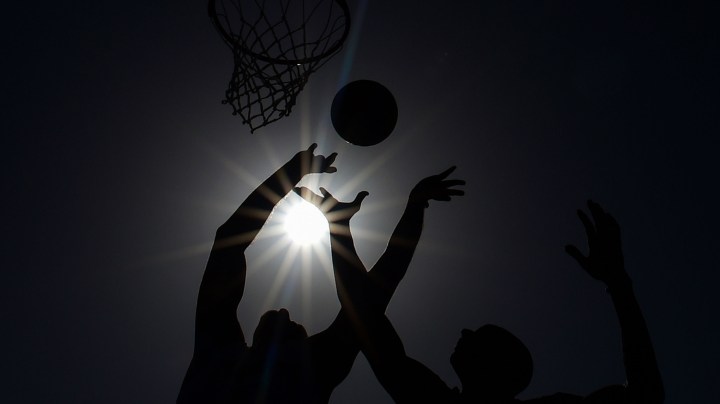 COPY
Success stories for Black athletes "can sometimes hide the fact that for the great majority of people in these communities, the hurdles are so huge that it makes it hard to succeed," "Hoop Dreams" director Steve James says. Kirill Kudryavtsev/AFP/Getty Images
EEC: Documentary Studies

Success stories for Black athletes "can sometimes hide the fact that for the great majority of people in these communities, the hurdles are so huge that it makes it hard to succeed," "Hoop Dreams" director Steve James says. Kirill Kudryavtsev/AFP/Getty Images
Listen Now

“Marketplace Morning Report” host David Brancaccio spoke with “Hoop Dreams” director Steve James about some of the economic lessons in the documentary and how they reverberate today. The following is an edited transcript of their conversation.

Steve James: When we started to make the film, I think we thought it was a film about the dream of basketball that is so prevalent in communities of color, and particularly besieged communities, and particularly among Black youth and their families. I think what emerged for us is that the basketball dream, in many respects, was kind of a metaphor for the elusiveness of the American dream for so many families like Arthur and William’s.

David Brancaccio: Part of that is this idea of social mobility, right? There are those who say that in America, if you have some talent, you just buckle down, good things happen. You watch the film, [and] maybe they can, but life puts hurdles in people’s way. I mean, it’s dramatic.

James: Yeah. And there’s a common belief I think among — let’s just say, particularly among white people, to look at inspiring stories of Black people who have come from nothing and made something in their lives and go, “See? Anybody can do that in America.” And the lie is that in those situations, it often takes someone of extraordinary talent to do that. And most of us, myself included, we’re not extraordinary. And so if we were faced with the same obstacles, very few of us would make it in that way. So those inspiring stories can sometimes hide the fact that for the great majority of people in these communities, the hurdles are so huge that it makes it hard to succeed.

Brancaccio: If you look at that story [in “Hoop Dreams”], neither plays for the NBA. But they get through college, right? I mean, that is something given what they faced in each of those families.

James: Yeah, you know, people look at kids like Arthur and William and think, “They have this dream of making it to the pros, and that’s such a far-fetched dream. So few players will ever get there.” And that’s absolutely true. And I think a lot of times we shake our heads and go, “Why would they be so naive to think that they’re going to make it to the pros when it’s such a long shot?”

And these kids and their families aren’t as naive as all that. They look around and they see that there are other opportunities that come with their pursuit of the sport, be it get to college, get a scholarship or a partial scholarship or even to be inspired to go to a non-scholarship situation and just play ball but get an education.