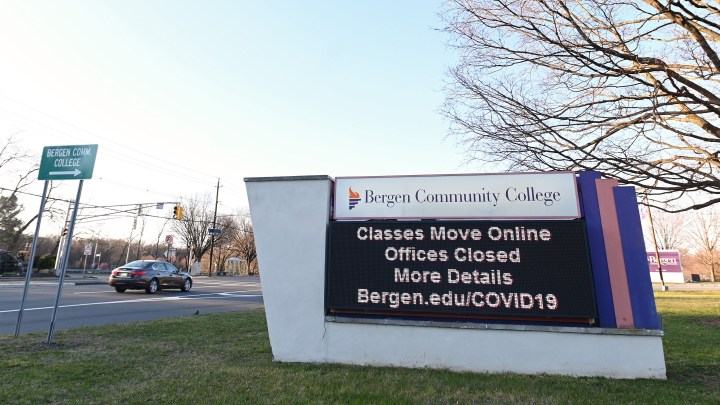 College and university enrollment has been going down since the pandemic started last year, especially so at two-year community colleges. In the fall of 2020, community college enrollment sank nearly 10%, according to the National Student Clearinghouse Research Center.

“The pandemic turned all of that on its head,” Ulibarri said. “We saw unemployment spiking in our state. But the students were not coming to the colleges.”

In New Mexico alone, enrollment in the fall dropped by 15%, and this semester it’s expected to drop another 12%.

That’s because this isn’t a typical recession. Justin Ortagus, a professor of higher education at the University of Florida, said community colleges often attract students who are on the fence about continuing school.

“So if you’re considering college or not, and you’re in the midst of a pandemic, where the economy is kind of at a standstill, you may not be as excited to go earn that credential to prepare yourself for the labor market,” Ortagus said.

That’s especially true when so many people aren’t quite laid off — they’re furloughed and expecting to return to jobs.

Ulibarri said there’s another factor: “Our public schools, in large part, went to either hybrid or remote learning. And so our students who are parents found themselves in a position of having to stay home to help manage their own children’s education.”

Community colleges are also public institutions. They’re dependent on state funding which is based in part on enrollment. Now those numbers are down, and state budgets aren’t doing so well.

“The storm right now for community colleges is a perfect one. It’s actually very terrible financially for them,” said Jackson Nell, an analyst at EAB, a consulting firm.

Nell said these colleges never really recovered from lost funding during the Great Recession.  He also worries that people who don’t enroll now may never do so, especially those from communities of color. Their enrollment is down by 30%.

“What will happen is you could have kind of a tremendous skill gap that exists both in the short term, but becomes increasingly more acute over time,” Nell said.

Both Nell and Ulibarri said that even after the economy stabilizes, community college will not be the first priority for prospective students.

“They’re going to be looking for opportunities to get back to work to support their families and stabilize themselves financially,” Ulibarri said.

And that may translate to more lean years for community colleges. 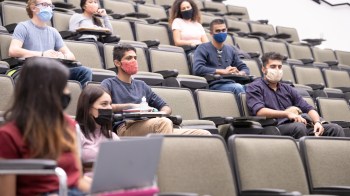