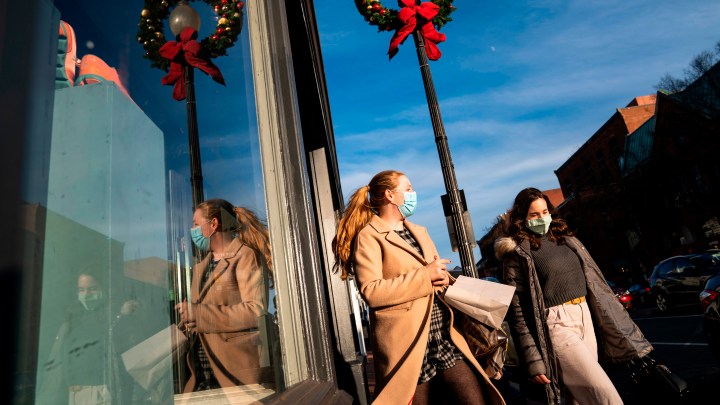 Consumer spending accounts for nearly 70% of U.S. economic activity. And over the past couple months, spending has been trending down. The hope is that the relief package just passed by Congress will reverse that downward slope in the new year. Is that likely?

Well, when Congress passed the first relief bill in March, it worked … eventually.

It takes time for the checks to hit people’s bank accounts, for states to distribute the unemployment benefits and for people to spend the money.

Leer expects the same this time around.

Also the government is giving people half as much money this time, so he expects any bump in consumer spending to be smaller.

Keep in mind: This moment is still looking bleak. The virus is more widespread than it was in the spring. The vaccine rollout is taking longer than expected.

“I think that all of those things together are going to make everyone, make consumers more wary about going out and spending their $600 paychecks right away,” said Sonia Lapinsky, managing director at Alix Partners.

The relief package will help a lot of families that have lost jobs this year, but ultimately, this money is a bridge until the virus is under control, said Gregory Daco, chief U.S. economist at Oxford Economics.