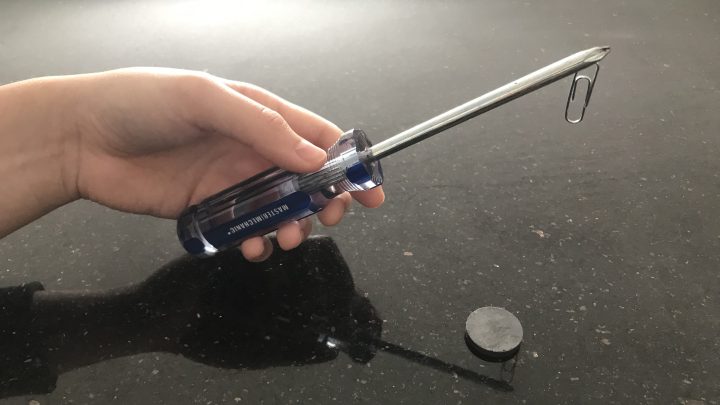 COPY
In physics and in economics, the effect lingers. Maria Hollenhorst/Marketplace
COVID-19

In physics and in economics, the effect lingers. Maria Hollenhorst/Marketplace
Listen Now

There’s a scientific demonstration you may have seen in grade school, in which an iron nail or screwdriver is transformed into a temporary magnet by striking it repeatedly with an actual magnet. It demonstrates “hysteresis,” a term meaning “delayed” or “lagging behind” in both physics and economics. We won’t delve deeply into the science of why that works here, but the concept itself is important to understanding the economic damage caused by COVID-19.

“If you’re holding a piece of iron, the piece of iron itself is not likely to be magnetized,” said Elizabeth Green, a condensed-matter physicist at the National High Magnetic Field Laboratory in Tallahassee, Florida. “But when we do start applying an external parameter, in this case, an external magnetic field, we can start magnetizing this piece of iron, and if we remove that external field, the iron will still remain magnetized.”

It shows how once a piece of iron has been magnetized by something external, it will remain magnetized even when the thing that caused the change is gone. “Nature is lazy,” Green said. “It likes to stay in a particular state, it does not like change. So when we change the direction of this external field, what happens is everything lags behind.”

That idea holds true in physics and economics alike. “Hysteresis says, you have a big shock, like a recession, and then you fix what caused the recession … but the workers are still affected,” said Danny Yagan, an associate professor of economics at the University of California, Berkeley, who has studied employment hysteresis. After an economic shock, Yagan said, “people are worried and businesses are worried that the jobs and customers won’t be there, and so they dip [their] toes back into the water slowly.”

In October, the U.S. economy still had about 10 million fewer jobs than it did in February, before the pandemic hit. By the time vaccines get to everyone, it’s likely that there will be people who have been out of work for a year, drawing down their savings to pay for food and rent.

“So think of a restaurant coming out of COVID, and it’s deciding how much of their waitstaff to rehire,” said Yagan. “The restaurant owner might say, there are millions of families that are dealing with layoffs right now. They’ve dipped into their savings, they’ve drawn them down to pay for rent, food … and now that they’re getting back to work, they’re not spending in a restaurant.”

Because of that, the restaurant owner might choose to hire back some, but not all, of the waitstaff. Then, as the economy rebounds further, more people will start spending at restaurants again, which then will encourage the restaurant owner to hire more waitstaff back. “And then those waitstaff go and spend all that money on other restaurants, and then you get back in this virtuous cycle. But it just doesn’t happen instantaneously,” Yagan said.