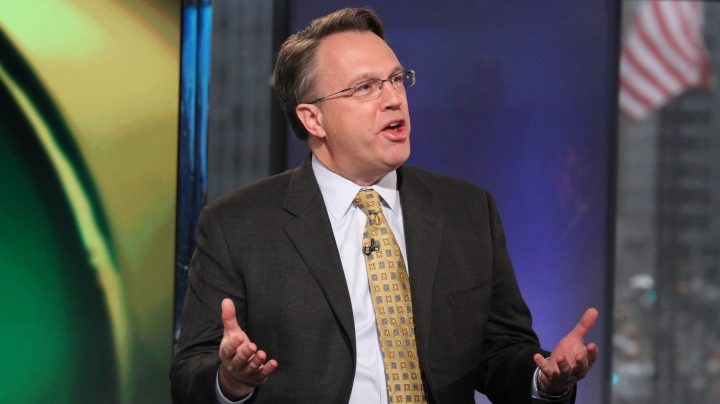 COPY
John Williams in 2015, when he was President of the San Francisco Federal Reserve. Rob Kim/Getty Images
COVID-19

John Williams in 2015, when he was President of the San Francisco Federal Reserve. Rob Kim/Getty Images
Listen Now

The Federal Reserve Bank of New York is the Fed’s largest regional bank by assets. Its district includes all of New York State, Puerto Rico, the U.S. Virgin Islands, and parts of New Jersey and Connecticut.

“Marketplace” host Kai Ryssdal spoke with John Williams, the president and CEO of the Federal Reserve Bank of New York, as part of the Society for Advancing Business Editing and Writing’s virtual conference Wednesday. Unlike other regional bank presidents, Williams also has a vote on the Federal Open Market Committee because of his position.

“Fiscal support has been really critically important in 2020,” Williams said, referring to additional unemployment benefits and PPP loans for small businesses. “When that money runs out and some of these programs expire, I think that cuts off some of the support that small businesses and households were getting. That’s going to slow the economy because people won’t have as much money to spend.”

Because the current economic crisis continues to be driven by the COVID-19 pandemic, Williams said he isn’t thinking about it like other recessions. He noted the present challenges as cases continue to rise across the country, but said he’s become more positive in the long run, over the next three years or so.

“We’ve seen our economy rebound more strongly than I expected,” Williams said. “Also, the news on some of the medical breakthroughs is helpful.” Williams expects it will still take a few years until a full recovery.

Research from the New York Fed and other branches has highlighted the way the pandemic has had a disproportionate impact on communities of color, including findings that small Black-owned businesses are twice as likely to have shut down than small businesses overall.