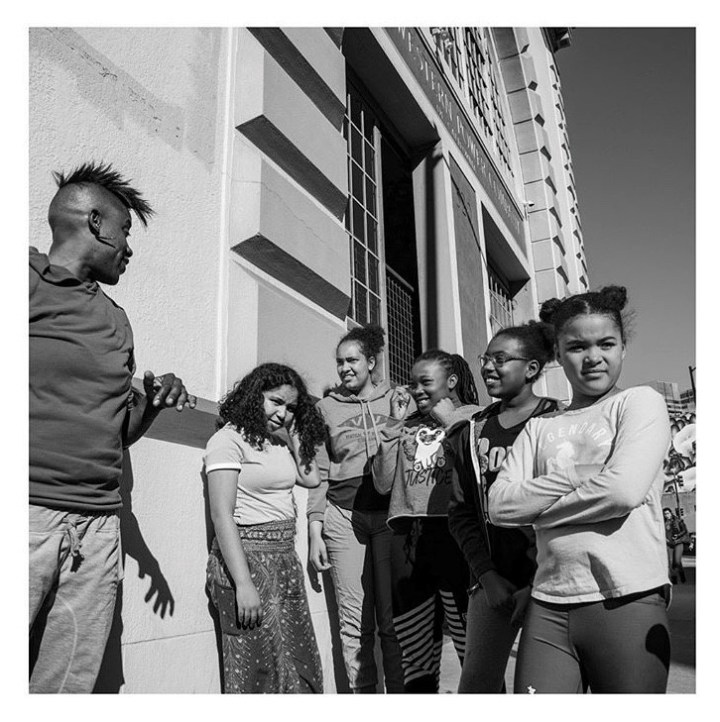 COPY
Professional climbing coach Emily Taylor with some of her students. Taylor utilizes the outdoor urban environment as a training space. Photo by Michael Estrada, courtesy of Emily Taylor
My Economy

Professional climbing coach Emily Taylor with some of her students. Taylor utilizes the outdoor urban environment as a training space. Photo by Michael Estrada, courtesy of Emily Taylor
Listen Now

“People get into rock climbing for two reasons: either for love or for grief, and sometimes for both,” said Emily Taylor, a professional climbing coach, business owner and experiential therapist in Oakland, California. “I got into climbing for grief.”

Taylor first tried rock climbing on an Outward Bound trip, the summer after her father died. “At that point, I was a band geek, I was a music major, I [couldn’t] dribble a basket ball or run track and so this [was] the first time I [felt] athletic in my body and could feel my body come alive,” she said.

After returning home, she started going to a climbing gym in Charlotte, North Carolina. “And it was owned by a Black guy,” she said. “I didn’t know … until I moved from that world into recognizing that the climbing industry is pretty much all white.”

Now, Taylor says her primary focus is getting more people of color, people with disabilities and other marginalized groups interested in outdoor recreation and in rock climbing.

“I care about what rock climbing can do for other people and can do for our bodies and the therapeutic value of healing and the process of movement,” said Taylor.

In her more than 25 years with USA Climbing, she’s mentored athletes of color who went on to become professional climbers, started a leadership program for girls called Brown Girls Climbing, and facilitated workshops, camps, climbing festivals and other programs aimed at diversifying the sport.

Even so, Taylor said the sport of climbing and the outdoor industry still has a lot of work to do when it comes to diversity and inclusion.

“Last summer, I compromised, for the very first time in my career, a student’s safety because her braids would not fit inside of a climbing helmet,” Taylor said. “We need those leaders, we need those camp directors, we need those designers … to close the gap for the next generation.”