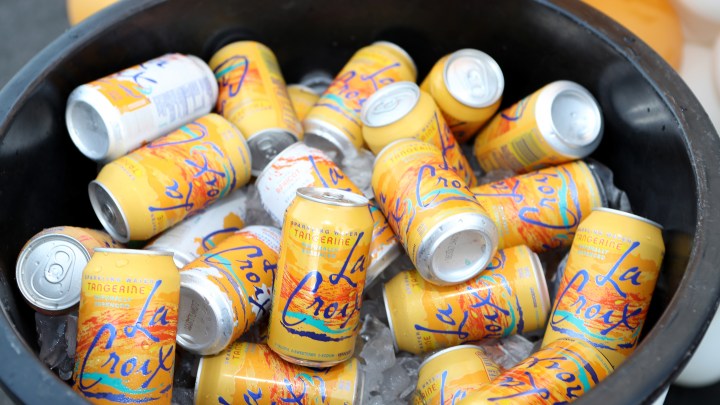 People bought a lot of soft drinks in cans early in the pandemic. National Beverage Corporation, the company responsible for LaCroix Sparkling Water, among other things, is set to release its quarterly results Thursday. In July, National Beverage said it’s profited from people buying in bulk.

But that also means it’s hard now for companies to get enough empty aluminum cans.

The run on products in aluminum cans during the pandemic isn’t exactly like what we saw with toilet paper. But John Stanton at Saint Joseph’s University said that’s not a bad analogy.

“The system is so fine-tuned that as you start getting these small increases, the system starts to, you know, get a little out of whack,” Stanton said.

And, even before the pandemic, we were drinking a lot of soda water in cans. A survey by market research company NPD in 2018 found that Americans consumed 3.3 billion servings of sparkling water. Now, hard seltzer manufacturers and even small brewers are vying for those cans, too.

“You know, you can imagine that there’s a pecking order for these types of products, and the craft beverage producer is going to be towards the bottom,” said Tim Bullock, who runs St. Elmo Brewing Company in Austin, Texas.

The Can Manufacturers Institute says aluminum can makers expect to import more than 2 billion cans in 2020 from their overseas facilities.