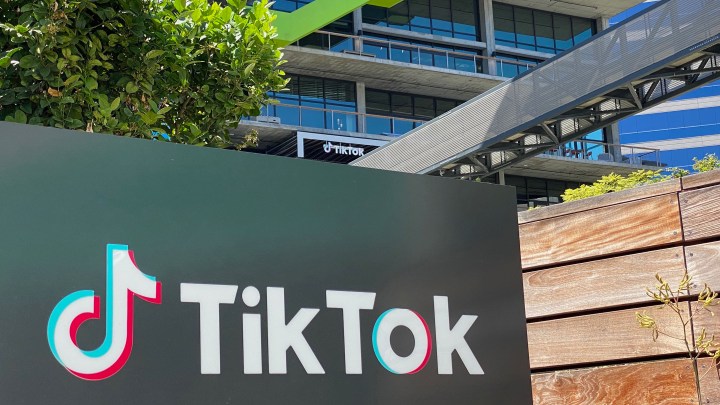 TikTok says President Donald Trump’s executive order blocking the app violates its due process, among other things. The company is suing the U.S. government.

Anupam Chander, a professor at the Georgetown University Law Center, spoke with “Marketplace Morning Report” host Sabri Ben-Achour, and the following is an edited transcript of their conversation.

Sabri Ben-Achour: Can you give us a sense of how these two legal principles weigh against each other? You know, TikTok’s complaining about due process versus the president’s executive authority? I mean, does this lawsuit have a shot?

Anupam Chander: I think the lawsuit does have a shot. Essentially, I would say that there’s a due process challenge, but there’s also a First Amendment challenge that I think might be actually more significant. Here you’ve got a huge social media platform. So banning an app like that has huge speech implications. And TikTok says that is impermissible.

Ben-Achour: The argument being that it limits the free speech of all of the users?

Chander: Yeah, the argument being that it limits the speech of its users, but really TikTok is asserting its own right to speak. So, imagine if TikTok were a newspaper. So, if the president said you’ve got to, you know, shut this newspaper down on an election eve, and the newspaper happened to be one that was highly critical of the president, we would scrutinize that action very closely. And I think courts will scrutinize this action closely.

Ben-Achour: The order gave TikTok’s owner ByteDance — and WeChat, for that matter — 45 days to either shut down or sell. We’re about halfway through that period. Is there enough time to actually delay or reverse this order?

Chander: The clock is ticking on TikTok and it knows it. And this is a tactic, a traditional tactic, to buy more time, to go to the courts and say, “Hey, let’s pause this, let’s think about whether or not there is a legal justification for what the government’s doing, and give you time to review the facts.” So I think that’s the tactic being used here.