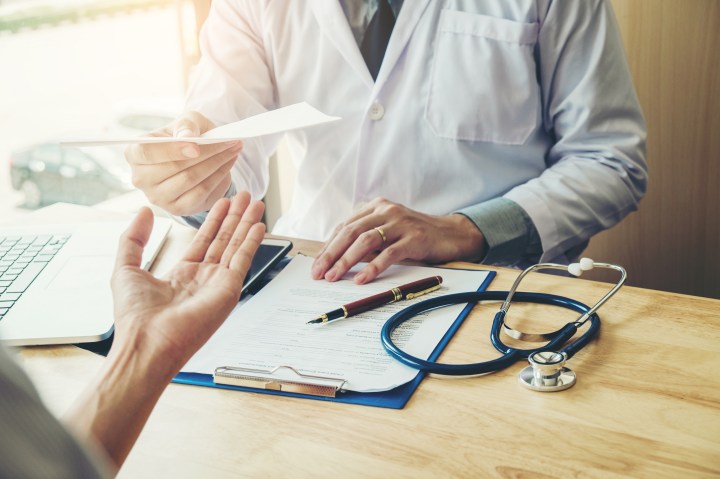 About 27 million Americans may have lost their employer-based health insurance because of the COVID-19 pandemic, according to a new report from the Kaiser Family Foundation.

Since the crisis began, more than 33 million Americans have filed for unemployment insurance benefits — the equivalent of 1 of every 5 American workers.

However, there are several options you can pursue if you have lost your health coverage.

“They are likely more affordable than people may be expecting,” according to Christen Linke Young, a fellow with the USC-Brookings Schaeffer Initiative for Health Policy.

Marketplace spoke to health policy experts to learn about some of the plans that are available.

Coverage Under the Affordable Care Act

People can buy health insurance on the ACA marketplace through the federal government at healthcare.gov or a state marketplace.

Young said that the plans are subsidized and based on estimated total yearly income, your unemployment insurance benefits and your expected earnings if you go back to work.

“So on average, for people who bought a plan on healthcare.gov last year, the financial assistance covered 87% of the premium,” she added.

Tara Straw, a senior policy analyst at the Center on Budget and Policy Priorities, said that people will need to act quickly when it comes to applying for this type of coverage. They have 60 days from the date they lost coverage, so for people who lost their insurance in late March, the window will close soon.

Straw noted that the federal government did not create an emergency special enrollment period, or SEP, in response to the crisis. In order for people to be eligible for an existing SEP, you need to be facing special circumstances, like having a child, or have lost job-based coverage.

“Unfortunately, this leaves out a lot of people because not everyone enrolls in their job-based coverage, and other people aren’t offered it altogether, especially lower-income people and disproportionately people of color,” Straw said.

There are 13 states, including California, New York and Idaho, that are making exceptions for the uninsured. In response to COVID-19, these states have partnered with insurance companies to create special enrollment periods. You can find out their deadlines here.

According to the KFF report, nearly half of Americans who became uninsured after losing their jobs are eligible for Medicaid, which provides free or low-cost care. That federal program provides coverage for low-income Americans.

You can check with your state’s Medicaid office to find out if you and your family are eligible here.

Young said that Medicaid eligibility will take into account your household’s current monthly income, along with any severance pay and part of your unemployment insurance benefits. (The requirements exclude the extra $600 per week in UI provided under the federal CARES Act.)

“If you qualify for Medicaid, that’s going to be overwhelmingly your best option,” she said.

Under a federal benefits law known as COBRA, most employees who lose or leave a job can remain on their employer’s health plan for at least 18 months. However, very few people sign up for COBRA because it’s expensive, according to Matthew Rae, associate director of the Health Care Marketplace project at KFF.

“You can buy the same plan as you used to buy before, but it might be three or four times as expensive because the employer isn’t kicking anything towards the premium,” Young said. “Most people who were recently laid off are going to find that buying coverage in the marketplace, or obviously Medicaid if they qualify, is going to be far, far cheaper than COBRA.”

On average, COBRA recipients end up paying more than $20,000 a year for a family of four.

Straw said that this plan also leaves out people who had enrolled in job-based coverage at a company that went bankrupt, terminating its insurance plan.

However, Young said there are some advantages, like getting to keep your doctor.

These are plans that you can enroll in at any time. Straw cautioned that these can be restrictive in their coverage. You often don’t know in advance what they’re going to cover and they can exclude your pre-existing conditions from the policy.

“This is not a good option for people, but it is an option that’s out there,” she said. “We found the plans to be quite misleading about their coverage.”