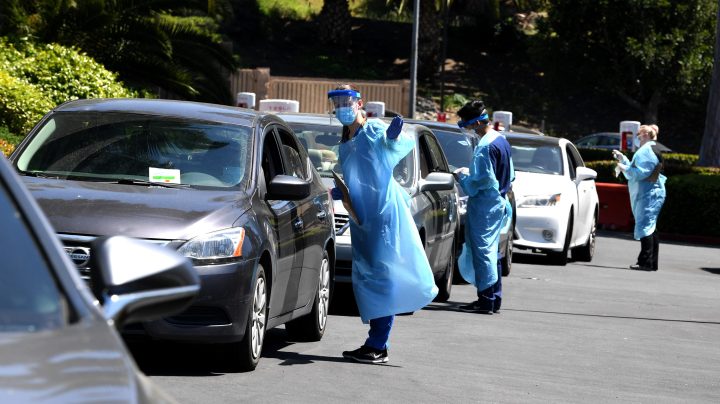 More than 33 million Americans have filed for unemployment benefits since mid-March, more than one in five workers who had a job before the pandemic.

And in the U.S. economy, where employer-provided health insurance is the norm, losing a job often means losing coverage, sometimes for the worker’s entire family.

EPI research director Josh Bivens said that fewer than half of all workers receive health insurance from their employer, and COVID-19 has hit the hardest among workers with low pay and meager benefits. “Job losses so far in this crisis have been pretty concentrated in sectors like accommodations and restaurants that don’t tend to offer employer-provided health insurance,” he said.

Workers who get their health insurance through their employers can keep it. Under a provision of federal benefits law called COBRA, most employees who lose or leave a job can remain on their employer’s health plan for at least 18 months.

But it isn’t cheap.

“Very few people sign up for COBRA,” said Matthew Rae, associate director of the Health Care Marketplace project at the Kaiser Family Foundation. “And the reason is, it’s unbelievably expensive. The worker’s got to pay the full cost, so you end up paying — for a family of four — somewhere north, on average, of $20,000 a year.”

Some companies are continuing to pay their portion of the health insurance premium for workers on furlough.

Ohio preschool teacher Cinnamon Deutsch has been furloughed without pay since late March. She pays $120 a month out of pocket to maintain her health insurance — the same employee contribution that was deducted from her paycheck when she was working.

Deutsch said it’s an amount she can afford, since she’s receiving unemployment benefits, including a $600-per-week federal pandemic benefit under the CARES Act.

“I’m one of the people that sort of lives paycheck to paycheck,” Deutsch said. “So now I can have a little nest egg in case my car breaks down or whatever.”