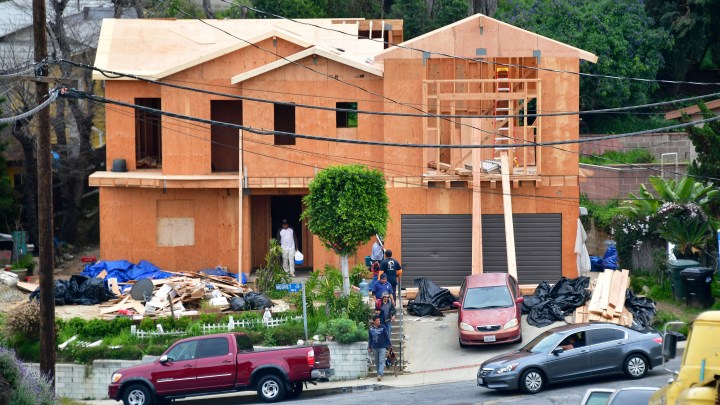 Housing makes up roughly 15% of economic growth in this country, so homebuilder optimism or pessimism can offer some clues about how the overall economy is faring.

New survey data on Wednesday from the National Association of Homebuilders shows builder confidence fell the most ever in a month, to 30. Anything below 50 is considered negative, and this is the first negative reading in more than five years.

On Thursday, new home construction figures for March will come out. It’s no wonder home builders are feeling pessimistic.

“We looked at communities that were both selling in February and selling in March. We matched up their sales rate and saw a 50% drop, nationwide,” said Ali Wolf, chief economist with the housing data and consulting firm Meyers Research, which tracks thousands of new developments around the country.

Building has also slowed. Many states have designated construction workers as essential, so they can keep showing up on job sites. But Wolf says they still have to comply with social distancing rules, so builders may have to stagger the masons, electricians and plumbers.

“The builders can only send in one trade at a time when normally they would have multiple in there. So this is starting to delay how long it takes to build a home,” Wolf said.

“We also have designated people in our company that are literally going job to job and making sure that everybody’s following these rules,” Caruso said.

Caruso says his sales are down probably 80% so far this month, partly because mortgage lenders have tightened their credit standards.

With help from a loan from the Small Business Administration’s Paycheck Protection Program, he’s hoping he won’t have to let any workers go.