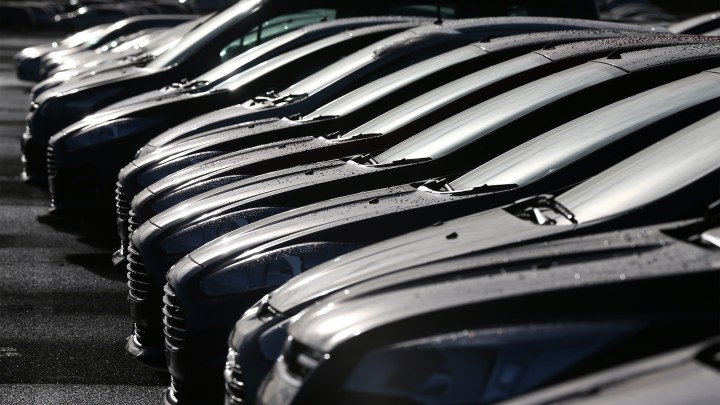 This year was forecast to be a pretty good one for carmakers. Then came COVID-19.

Eric Lyman, analyst at TrueCar, had estimated new vehicles sales would total 17 million in 2020. But he’s adjusted that down — hard.

“We’re expecting to land somewhere around 13.2 million, in the most likely outcome,” Lyman said.

Automakers need to keep sales up to keep cash flowing, so they’re offering big incentives. Not just cheap deals and low or zero interest financing, but flexibility. Like Ford, which is offering deferred car payments for up to six months for “peace of mind.”

“They’re very similar to what we saw back in 2009 and 2010, as the market crashed,” said Jim Houston, who monitors Consumer Lending and Auto Finance at JD Power. He said there’s a big difference this time. Back then, some finance companies were folding. For now, at least, lenders have plenty of available credit.

“If a dealer goes out of business, it really negatively affects the community in which that dealer usually worked,” Lindland said.

While these incentives could lead to great deals on new cars for some shoppers, Lindland also warns that buyers should tread carefully. Six months may not turn out to be much of a buffer for people who lose their jobs.