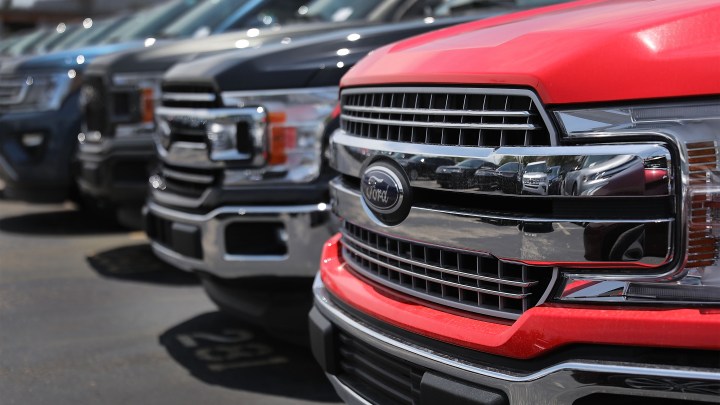 It looks like vehicle sales sank to a record low in April. Figures from some of the automakers are due out later Friday, but analysts expect to see a drop of more than 50% compared to this time last year.

The sales figures could be worse than the previous low in January 2009, at the depths of the financial crisis. Analysts’ figures show that around 625,000 vehicles were sold in April.

But the over-50% drop-off isn’t as bad as China saw at the height of its COVID-19 lockdown. Eric Lyman, chief industry analyst at TrueCar, said sales dropped 80% there.

For some U.S. shoppers, the coronavirus may have actually driven a car purchase.

“We know that public transportation is something people are shying away from,” Lyman said. “We know that the vehicle is an integral part to our American life.”

Sales held up better in parts of the county with less strict stay-at-home measures. Michelle Krebs, executive analyst at Autotrader, said people with incomes in the $50,000 to $99,000 range are doing most of the buying, and pickup trucks continue to be popular purchases.

People hold on to trucks for up to a decade, Krebs said, so recent incentives have been very popular.

Analysts say April’s figures should be as low as sales go, and they could recover, even if only modestly, in May.