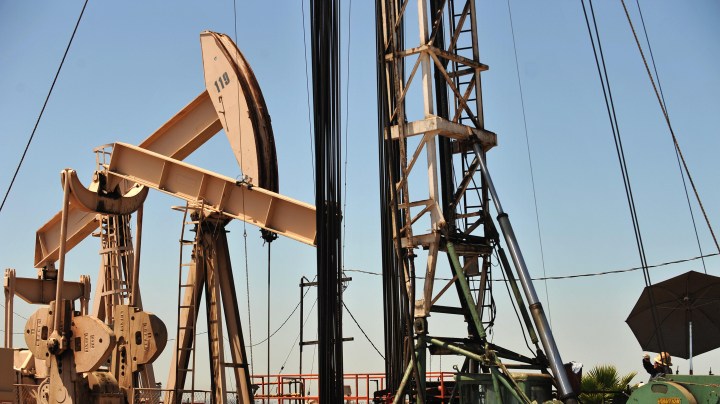 After Monday’s bloodbath in the oil market — when prices fell more than 20% — things came back a bit Tuesday.

But make no mistake, this is a price war.

One barrel of crude sells for well under $40, which has taken the average gas price in the United States to under $2.40 a gallon.

But of the major oil producers — the Saudis, the Russians and the Americans — who is positioned to win a long price war, if it comes to that?

Many analysts seem to think that drilling in Saudi Arabia is like sticking a metal straw in the ground and bam, oil.

It may not be that simple, but Saudi crude lives in big, shallow pools and is super cheap to extract.

“It’s just not difficult to get it out of the ground,” said Samantha Gross, an energy fellow at the Brookings Institution. “They don’t have to do a lot of pumping. It’s a fairly light oil, so it’s also easy to recover.”

It costs less than ten bucks to produce a Saudi barrel, which means at today’s prices in the 30s can win a price war, right?

Not so simple. Middle East scholar Karen Young at the American Enterprise Institute said the Saudi government has a big need to spend on modernization projects. And if oil money’s scarce, projects will suffer.

By contrast, Russia’s economy depends less on oil money, and Moscow has half a trillion dollars saved up. So, advantage Putin?

Maybe. Mark Katz, Russia and Middle East scholar at George Mason University and the Atlantic Council, said low prices will hurt there, too.

“There’s less money available to buy weapons or whatever else Putin wants. He’s got lots of bills to pay as well,” Katz said. “There’s an element of bravado in this.”

And then there’s U.S. production, which has the highest costs. But in the last price war five years ago, many American drillers survived, and the Saudis and Russians blinked.

So this time around, who knows?