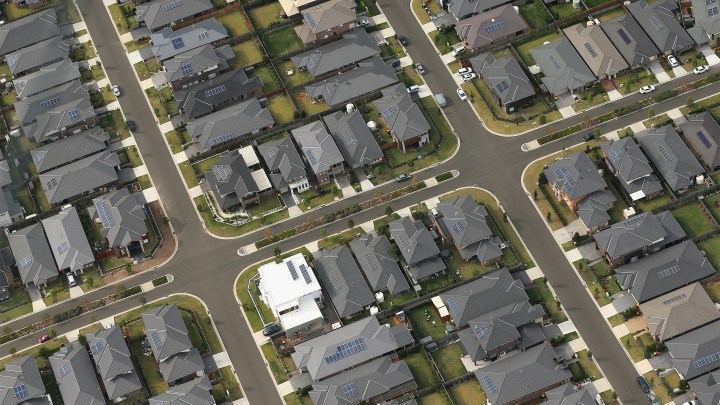 Mortgage applications jumped last week to the highest level in almost seven years. One reason for that is coronavirus.

Demand for U.S. treasury bonds goes up in uncertain times, which pushes down the yields on bonds and the interest rates they pay. In turn, mortgage rates — which are tied to the 10-year Treasury note — fall, too. In this case, to 3.7% for a 30-year fixed rate, according to the Mortgage Bankers Association.

But most of the demand for mortgages has been from homeowners refinancing existing loans, not buying new homes, which could spell trouble.

Look back at the last three recessions, as Wharton School finance professor Nikolai Roussanov has, and you’ll notice a pattern of more people refinancing their mortgages to tap the equity in their homes.

“Cash out refinancing peaks about 12 to 24 months before the onset of a recession,” Roussanov said.

A cash-out refinance replaces an existing mortgage with a larger loan and you pocket the difference. In a paper published in the Journal of Finance this month, Roussanov and his co-authors offered a few explanations for the trend.

The job market typically slows down before a recession officially starts. When home prices rise faster than incomes, people may be tempted to tap their growing equity. Roussanov said fear could also play a role.

The recent wave of refinancing seems to be more about people taking advantage of lower rates to reduce their monthly payments or to pay off a loan faster.

According to Andy Walden, director of market research at data and analytics firm Black Knight, the share of cash-out refinancing and the amount of equity withdrawn has been growing over the last five years.

“In fact, in the third quarter of last year we saw cash-out withdrawals hit their highest volume since the Great Recession,” Walden said.

Still, we’re a long way from those bad old days. Economist Len Kiefer with Freddie Mac said that in 2006, homeowners extracted about $320 billion of equity through refinancing, compared to an estimated $80 billion last year.

“More importantly, if you actually look at what borrowers are doing with those funds, about 40% of them were using them to pay off debts or to other bills,” Kiefer said. “The next most common use about 30% was for repairs.”

So, not a lot of trips to Tahiti. They’re also leaving plenty of equity in the home, so when the next downturn does eventually come, they should be in better shape to ride it out.