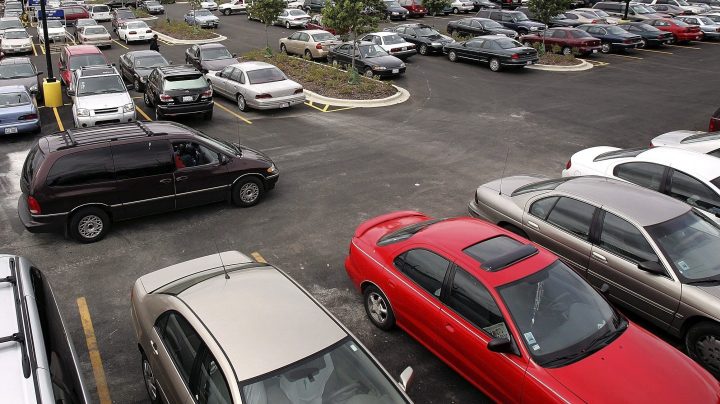 Welcome to our series, “Adventures in Housing.” Because more and more, that’s what finding and affording a place to live has become. These will be your stories. Share yours using the submissions box below.

Jeremiah Othin had an apartment in the San Gabriel Valley, but said he hardly spent any time in it due to the long hours he works, as a line cook in a hot dog restaurant and as a food delivery driver.

“I [was] paying rent at a place I don’t stay in,” he said. “I realized an apartment wasn’t that essential to me.” After a few weeks in a cheap, crowded Airbnb, Othin began living in his car.

Othin said he hated sleeping in his car at first but has grown used to the lifestyle. He never stays in the same parking lot more than a few nights in a row and has found that hospitals, casinos and hotels make good overnight parking spots. He said he tries to park next to walls to make it more difficult for security personnel or other people to see into his vehicle. Sometimes, he’ll park in the employee section of parking lots to avoid suspicion.

Othin said he pays about $20 a month for a gym membership so that he has a place to take a shower. “That’s the main thing I have it for,” he said.

Though he never expected to be in this situation, Othin said living in his car has taught him a lot about what matters.

“The most important thing is taking care of myself,” he said. “I’m just experiencing something I never thought I’d experience … to survive.”