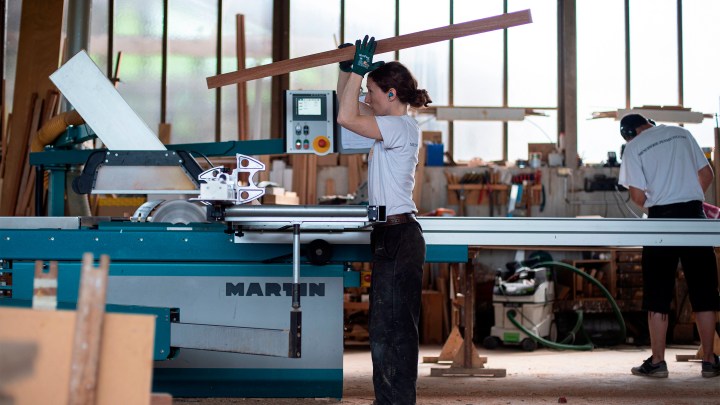 A majority of middle market businesses — with revenues between $10 million and $1 billion — are looking to hire more workers, according to a report Thursday from the U.S. Chamber of Commerce. But they’re having trouble finding enough “skilled workers.”

Every job requires some sort of skill, but the term typically means people with “some kind of specialized skill that requires some higher education credentials or some specific training,” said Heidi Shierholz, senior economist at the Economic Policy Institute.

While coders and IT specialists are included in that group, so are woodworkers. Tony Sandkamp, owner of Sandkamp Woodworks in New Jersey, tries to keep his skilled workers employed and happy so that he doesn’t have to replace them in a difficult job market.

“Employees that are highly skilled as cabinet makers and woodworkers are highly desirable and very difficult to get a hold of,” Sandkamp said. “I don’t want to lose somebody so that will push up wages.”

Across the country, wages were up 3.1% last month from the year before. The skills shortage is also pushing some companies to hire relatively unskilled workers and then train them, a costly process, according to Elizabeth Crofoot, senior economist at The Conference Board.

“So what [employers] are having to do is lower their requirements in terms of education, skill and experience in order to get these people into the door,” Crofoot said.