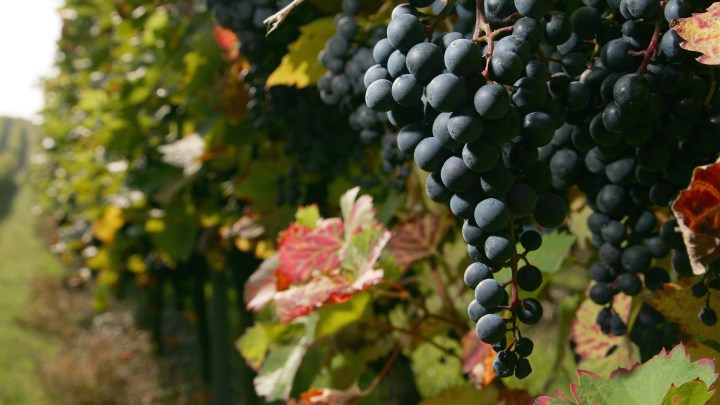 The drumbeat of concern about climate change is rising, not least in Europe. Recent polls show that nearly 80% of Europeans now regard climate change as a serious problem that could pose a threat to the safety and security of their continent.

But, in the short term, this is a problem that could benefit some countries and industries.

Take English wine. It’s been a laughingstock for decades, and yet, thanks to the rising temperatures associated with climate change, the quantity and quality of the English product are soaring, and serious wine drinkers are taking note.

The story of a small vineyard in the north of England encapsulates the transformation.

In 1972, Sir Reresby Sitwell defied expert advice and planted vines in a walled paddock on his country estate, Renishaw Hall, in the northeastern corner of Derbyshire, 8 miles away from the steel mills and smoking chimneys of Sheffield. The experts were skeptical about the location, and they were right. This was, at the time, the world’s most northerly vineyard and proved far too cold for winemaking. Sir Reresby’s product, nicknamed  Chateau Sheffield, was not a success.

“It was pretty disgusting, frankly. It was undrinkable,” said Sir Reresby’s daughter, Alexandra Sitwell, who inherited the estate — along with the vineyard — after his death a decade ago.

“My father used to offload quite a lot of the wine on unsuspecting guests, and I would stand behind him waving, as if to say, ‘For goodness sake, do not drink it!’ That’s how bad it was,” she told Marketplace.

Sir Reresby did not share that low opinion of the beverage.

“It’ll be all right with a spot of gin in it,” he told Guy Watson as he gave him a bottle. Watson, who’s worked for many years as a volunteer showing visitors around the Hall, describes the wine as “tart” and says he kept three bottles of it for “nostalgic reasons” — and not because he expects them to improve with age.

“I think they’ll be ready for throwing down the sink,” he admitted.

Today’s Renishaw wine is a different matter, however. It’s selling briskly in the estate’s visitor center and in local supermarkets and has even won awards in wine competitions. Climate change has been credited with the improvement. The long, chilly, overcast summers that Sir Reresby had to contend with are gone, and over the last decade, Britain’s had its warmest weather on record. The much-maligned Renishaw vineyard is now flourishing.

“As you can see, we are teeming with fruit — lots and lots of gorgeous fruit,” winemaker Kieron Atkinson told Marketplace on a recent tour of the vineyard, which he has been managing for the past eight years.

“Look at those lovely, tightly packed bunches of grapes! The flavors they are producing are of gooseberry, lime, elderflower. Crisp, delicious fruit. Perfect for making what England’s becoming famous for: English sparkling wine.”

Climate change, Atkinson said, has created the same conditions in this part of northeast Derbyshire that once prevailed in the Champagne region of France more than 400 miles to the south. Today, the estate sells 10,000 bottles a year of the once-derided Renishaw wines — sparkling white, red and rose — at up $30 a pop.

“We’ve won some pretty prestigious awards as well,” Atkinson said. “We’ve gone head to head with champagnes, and we’ve beaten them. And this is from here in the north of England, a long way from wine country.”

Renishaw is not unique. Last year, English vineyards produced 15.5 million bottles, more than double the previous record of 6.3 million set in 2014. That is still tiny compared with France’s 8 billion bottles a year, but Daniel Woolfson, drinks industry editor with The Grocer magazine, regards the English turnaround as remarkable all the same.

“It’s a real homegrown success story. It’s a story of an industry that’s now producing wines that are top quality and can compete with wines from around the world,” he said.

Even the sniffiest of sniffy French wine producers have taken notice of England’s viticultural revolution, particularly since climate change is beginning to make some of their vineyards less productive.

“We’ve actually got big French Champagne houses like Taittinger and Champagne Pommery buying land in England where they’re going to grow English sparkling,” Woolfson said. “Of course, they can’t call it ‘champagne’ because it’s not being grown in Champagne. But this is a real seal of approval and of confidence in the English climate and the ability to grow these grapes here and make good wine.”

Back at Renishaw Hall, everyone’s pleased with the transformation in their vineyard’s fortunes.

But Renishaw’s Kieron Atkinson is both pleased about the transformation that he has overseen and uneasy about the climatic changes that made it possible.

“In 40 years time, it will be warm enough to grow full-bodied red wine here like cabernet sauvignon and merlot. As a winemaker, that’s exciting. As a human … it’s scary,” Atkinson said. 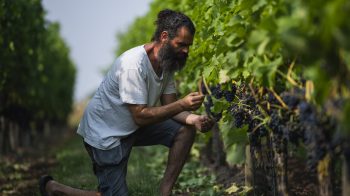