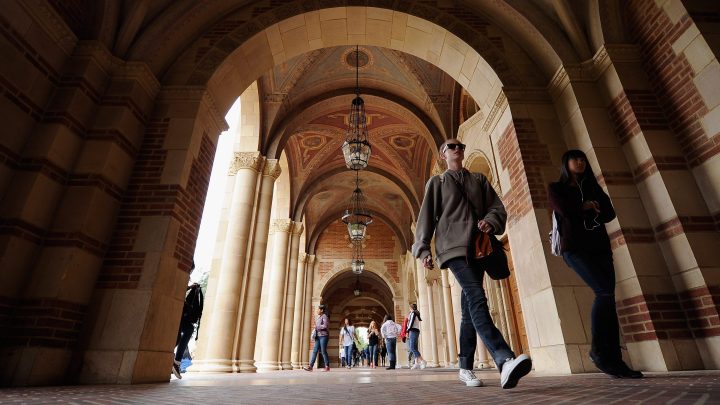 It’s a critical time of the summer for the high school graduates who will soon attend their first day of college. Many of who will have relied on the the guidance of a college counselor in the process of getting there.

Aliza Gilbert is a college counselor at Highland Park High School, near Chicago, Illinois, where she helps students navigate the journey to college.

But many of my friends had parents who had gone to college, and they were doing things like taking the S.A.T. and taking the A.C.T., and so I just went along and registered because they did. That is the lens and experience that guides me in the work that I do.

I had a student who was in the top 10% of her class but never applied to college. I would tell her to come and meet with me and she would kind of dodge me. Finally, one day, I trapped her in the hallway, brought her into my office and sat her down and said, ‘So you have not applied to college. Tell me what you’re thinking?’ And she just immediately burst into tears.

At that moment I realized that she was not documented. She had an older sister who I did not know, and because of her undocumented status was charged out-of-state tuition. She just knew that her parents could not afford that. And so she could not go to college. But by the time this young woman was in high school, Illinois was one of this number of states that had passed tuition equity legislation, which is where undocumented students who have attended a high school for three years can pay in-state tuition at a state university. And I said, ‘Well, you know Illinois has this opportunity, and this is what you would have to pay to go to college.’ And she looked at me in in disbelief and she said, ‘We can do that, we can definitely do that.’

But what I remember most about this is that lots of students who think that college isn’t an option give up on high school, because there’s ‘no reason’ for high school if it’s not to help you go to college. And I said, well, you didn’t think that. Why did you work so hard in high school? What made you want to be successful? And she said, ‘I decided that if this was the only education that I was ever going to get, then I better not waste it.’