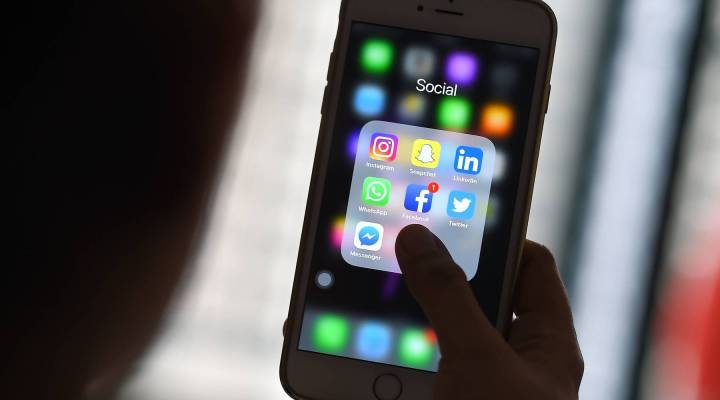 Have you ever wondered if your phone is somehow monitoring your conversations? A lot of people have the feeling that their apps are listening to things they say and then tailoring the ads they see. The companies say that’s not happening, but enough people have had similar enough experiences that we decided to investigate.

Marketplace asked for your experiences and whether you find targeted ads useful or creepy.

Nick Brincks said he and his sister were discussing a new washing machine for her house. The next day, his social media showed him ads for washers, even though he lives in an apartment and doesn’t own one.

Brenda Cunningham’s mother bought her son a Slinky for Christmas. Brenda told him not to swing it around. The next ad she saw was for Slinky. “Absolutely bizarre,” she said.

A number of you say it’s unnerving. One Saturday, Jackie Eckman and her friends were discussing making bone broth. The following Sunday, she saw ads for it in her feed.

“I actually took a screenshot shot and sent it to everyone at the table with the comment ‘Could my phone be any more blatant about eavesdropping?’ ” she said.

Technology companies Facebook, Amazon and Google say their devices do listen for wake words, or hotwords, like “OK, Google,” or “Alexa,” and the recording of your request is sent to the cloud, but they say they don’t monitor conversations. Facebook, which owns Instgram, says it only accesses the microphone on your phone for reasons you allow, like recording sound with your videos.

“Facebook does not use your phone’s microphone to inform ads or to change what you see in News Feed. Some recent articles have suggested that we must be listening to people’s conversations in order to show them relevant ads. This is not true.”

Companies don’t need to listen to conversations to target ads though, because we give them plenty of other information that is often more useful. As Facebook’s statement says, “We show ads based on people’s interests and other profile information.”

Other companies use information like our purchase histories, locations, race, income bracket, age and education to build eerily accurate profiles of us and figure out products we will be interested in.

In 2012, the New York Times revealed that Target was so good at analyzing customers’ purchases that it figured out a teenage girl was pregnant before her family knew and sent coupons for maternity clothes to her home.

An academic research team was able to predict depression and PTSD by analyzing social media posts, sometimes many months before a clinical diagnosis. Their work is published in the journal Nature.

There is another explanation for the feeling that your phone is listening to your conversations or maybe reading your mind. Psychologists call it the frequency illusion, or the Baader-Meinhof phenomenon. Once something is brought to our attention, we start to notice it everywhere. So perhaps those ads for cookies or socks were always in your feed, but before you chatted about them with your friend, you just scrolled past them.

If you feel like your phone is listening to you though, you’re not crazy. It may not be monitoring your conversation, but because of the other data it’s collecting, it doesn’t need to to get eerily accurate with ads.