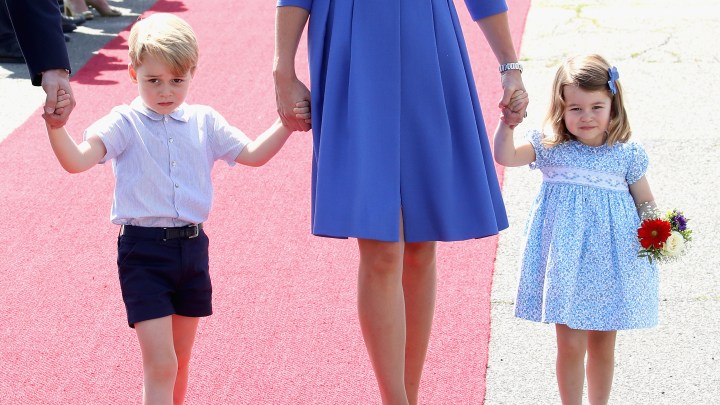 Prince Harry and Meghan Markle, the Duke and Duchess of Sussex, have welcomed a baby boy into the world. Being born a British royal comes with some serious, life-long perks.

The country’s Sovereign Grant picks up the tab for housing, wardrobe and staff, and that staff includes some pretty extravagant positions. Prince Charles reportedly gets his shoe laces ironed and his toothbrush toothpasted. Queen Elizabeth has a valet who breaks in her shoes.

But some of the royals also add a surprising amount to the British economy, thanks to something often referred to as “The Cambridge Effect.” It’s that “need it, gotta have it” thing that happens when a member of the British royal family wears something, eats something or does something that spawns a full-blown trend.

Kate Middleton’s fashion influence has been estimated to inject around $1.4 billion into the U.K. fashion industry, but the Cambridge effect might be strongest among the royal kiddos. Prince William and Kate Middleton’s four-year-old daughter is barely out of diapers, but Princess Charlotte’s influence is expected to be worth around $4 billion to the UK economy.

If that seems hard to believe, look no further than her very first photo for proof. More than 100,000 people from 183 countries reportedly scooped up a $90 shawl Princess Charlotte was snapped in when she was only ten hours old. A simple yellow cardigan worn by Princess Charlotte in a photo posted to Instagram reportedly sold out from stores in less than 24 hours.

While the Cambridge Effect seems to be strongest with women and girls, William and Kate’s five-year-old son Prince George has been quite the influencer himself. His net worth is estimated to be over $3 billion. Boys draw the short straw when it comes to fashion in the royal family. Tradition forbids them from wearing pants until the age of eight. That makes sparking a trend in December a little bit more challenging.

So, if Brexit is never resolved and the British economy begins to falter, there’s always a potential boost in the royal baby-making game. And even if it doesn’t turn things around economically, it will surely boost some spirits because … you know … aww.