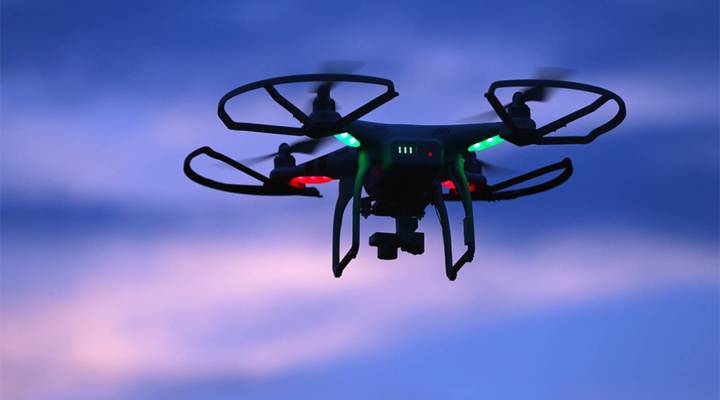 Drones hold a lot of promise beyond delivering Amazon packages. They are already used to survey damage from hurricanes, and just this week, regulators granted a waiver to a major insurance company for “beyond visual line of sight” usage of drones to allow for more flights. What could relaxing regulations mean for businesses that want to use them? Jed Kim talked with Miriam McNabb, editor-in-chief of DroneLife.com. He asked first about drones being deployed by businesses. The following is an edited transcript of their conversation.

Miriam McNabb: Drones are actually really heavily used right now, just not in the neighborhoods. So the places that drones have already been really adopted is things like oil and gas, where you’re going out to a remote area and you’re using aerial sensors to do oil and gas exploration, things like cellphone tower inspection, things like mining and quarries where you can fly over a stockpile and use photogrammetry to take really accurate measurements. There was news that came out this week about State Farm getting a waiver to do damage assessments and things. And it isn’t that drones haven’t been used for those purposes before, they have been for the last couple of years, but now you’re starting to see really big names come on board.

Jed Kim: So we’re here in the early part of 2019 looking forward for this year. What do you see being the evolution of drones this year?

McNabb: Well the State Farm waiver, which was for [beyond visual line of sight] flight and flight over people, I think that those are moving towards being regularized so that average companies can apply for those waivers and they’ll be sort of part of everyday business. And that makes a big difference to the drone industry. It allows more applications to flourish. I think, believe it or not, that drone delivery is getting really close. And when I say that, I know it’s crazy, I’m not really talking about drone delivery of things like burritos, but what I am talking about is drone delivery of things like medicines. And that’s being tested right now. It’s a subject of a number of the pilot programs. So while I don’t think you’re going to see widespread delivery by Amazon this year, I do think that you are going to see delivery drones in communities for important things like medical supplies and hospital transportation.