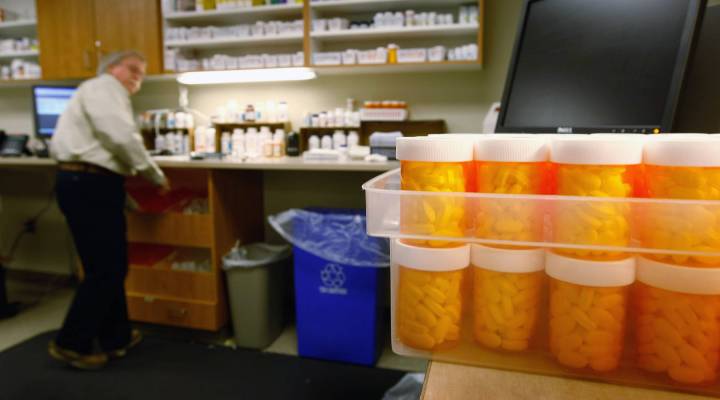 Intermountain Healthcare is the largest health care provider in Utah and Idaho. Recently, it announced a plan to partner with a handful of other health systems to create a nonprofit drug company. Dr. Marc Harrison is the CEO of Intermountain Healthcare, and he talked about the plan with Marketplace host Kai Ryssdal. Below is an edited transcript of their conversation.

Kai Ryssdal: Why do you think you, as a hospital complex CEO, can crack this nut of, as you said, “availability and cost” on these drugs?

Marc Harrison: That’s a really good question. I think that we’re particularly, Intermountain as a payer-provider, we see both sides of the equation. It’s one of the things you know, if not us who? And I think the ability of this project to attract talent has been absolutely remarkable to me. And so I’m just a doctor, and I run a system but we have pharma executives coming out of the woodwork asking to work on this project. I think we’re going to have a knock ’em dead, A plus executive team.

Ryssdal: When you sit down with those pharma executives, right, who have a skill set that is outside your core competency, what do they say about things like supply chain and manufacturer agreeability, and those kinds of things?

Harrison: They think it’s entirely soluble. As you might imagine the teams put together a really thorough business plan. And we’ve been guided by a couple of very senior retired pharma executives who have played in this space, and I think we’ve gamed out most of those problems. And as you probably know there’s actually a lot of contract manufacturing capacity out there, so we’re not planning on building factories, and nothing’s off the table but we think we’re going to be able to use capacity that is available and supply chain that’s been used forever. These are not like miracle drugs.

Ryssdal: We should be clear here. We’re talking generics.

Harrison: We are talking generics. We’re talking mostly hospital-based drugs to start with but also some outpatient drugs. I’m going to play it close to my vest in terms of what they are because we don’t want to signal too obviously what we’re going to make.

Ryssdal: I think it’s very interesting you’re playing close to your chest. So clearly there’s an element of “I need to maintain my business advantage here.”

Harrison: We do. This sector and it’s really a portion of the sector, there are a lot of good generic drugmakers out there who play fair and square, and they try their best to serve their customers and patients. It’s really the bad actors who have driven a lot of competition out of the market, and they’ve driven price up as they’ve created artificial shortages. Those are the ones that we’re going to really focus on. And it would be our dream if we never had to make a single tablet. But I don’t think that’s going to happen.

Ryssdal: Acknowledging that not too long ago, Jeff Bezos at Amazon, and Jamie Dimon at JPMorgan Chase and Warren Buffett at Berkshire Hathaway came in and said they’re going to start some kind of health care enterprise. How worried are you about getting big footed out of this by say Jeff Bezos who could in theory do whatever he wants?

Harrison: We’re not doing this for ego, we’re doing this for patients. If he comes along with something better for patients — deal away with the shortages, have prices be fair then more power to them. That would be just fine. My guess is, and we’re open to it, there have actually been some, a couple of preliminary conversations, we very well may collaborate with those folks.

Ryssdal: That seems newsworthy that you’ve been having a little chitchat with Jeff Bezos.

Harrison: I have not personally. But there’s been some quiet conversations and who knows what will happen.

Ryssdal: What then as you think about this company you are starting for generic pharmaceuticals, and as you as the CEO have to grow Intermountain Health because that’s fundamentally your job, what does this venture your launching look like in say five years?

Harrison: What I’m hoping in five years for this venture, I hope that we’re going to be serving thousands of hospitals, I hope to we’ll have more than half of the U.S. market getting generic drugs from us. More importantly, I think some of these artificial shortages will be gone, and people will be able to afford their medications without the pain that they currently are. I’ll tell you a quick story. I was talking to one of our primary care doctors recently, and he had taken care of a kid who had swimmer’s ear — it’s an infection and inflammation of the ear canal. And you normally give that patient some topical antibiotics, and sometimes you’ll give them a topical steroid to decrease the inflammation. This steroid that he prescribed a couple of years ago had been $7 for a course, it was $75 now. And this was one of those generic drugs that have been gobbled up. And for patients who are paying a lot out of pocket, that’s criminal.

Ryssdal: When I was a kid my mother used to drip rubbing alcohol in my years after I went swimming. That’s how we got out of swimmer’s ear.

Harrison: You must been very bad because I bet that hurt.

Ryssdal: Yeah, it did hurt [laughs] but that’s a whole different interview.