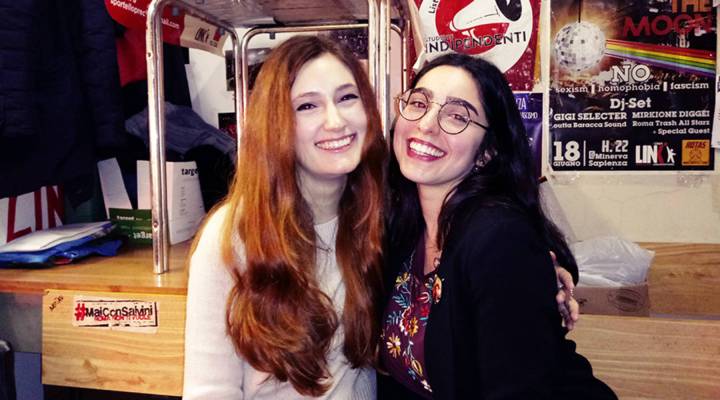 Italians head to the polls this weekend in the latest big European election. Since Italy was one of the founding members of the European Union and is the third-largest economy in the eurozone, the result will have repercussions beyond the borders of Italy and could certainly affect the future of the bloc.

But one of the issues emerging in the election campaign is specifically Italian: the plight of the so-called “bamboccioni.”

These are the young adults, 18 to 34 years old, who are still living with their parents. There’s a larger percentage of that cohort in Italy (65 percent) than in any other European country. But why? And what’s to be done about them?

“Bamboccioni” means “big babies.” An Italian politician first used the term derogatorily a few years ago to criticize what he felt were indolent and pampered young people. But Matteo Frigerio, who works in airport administration, told Marketplace that many young Italian adults are compelled to stay on in the family home not through indolence but through economic necessity, even though they have jobs.

“The rent of the apartments is too high and we don’t have the money,”  he said. “I’m living with my parents. I am 32 years old and I cannot leave home.”

Student Martina Antonini, 21, is in the same boat.

“I really want my independence but I have to live with my parents. I study and I also work, but I can’t afford to live alone because I have a really low wage,” Antonini said. “Even my sister, who is 27 years old, lives with us, and she can’t afford to move out either because she cannot find a well-paid job. She has a master’s degree in psychology, but she’s working as a waitress.”

A “cheap” one-bedroom apartment in Rome is likely to cost at least 1,000 euros ($1,230) a month, beyond the reach of most young workers who earn much less than that, and certainly unattainable by the one-third of 18- to 24-year-olds who are unemployed.

The former prime minister and leader of the center-left coalition, Matteo Renzi, has proposed a special benefit to assist the bamboccioni: a monthly sum of $190 to help them leave home and strike out on their own. The rival center-right Forza Italia party has dismissed that as a gimmick, arguing that the bamboccioni phenomenon is partly cultural.

“Some young Italians feel it is much better to be fed and housed and cuddled by their mothers than going to work,” declared Forza Italia Sen. Lucio Malan. He accepted that youth unemployment is a problem and pledged that, if elected, the center-right coalition would take measures to reduce it but, he said, “We can’t do anything for the over-cuddled young men and women. That is a cultural matter.”

Patrizio Nissirio of the Italian News Agency, Ansa, agreed that part of the Italian reluctance to leave home is due to the strong family ties in Italy.

“A lot of people in this country prefer to stay at home because for some of them independence is less desirable than Mama cooking and ironing their clothes. That’s a fact,” Nissirio said. “And Mama is happy that her kids do not leave the nest.”

That’s not the case with at least one mama, though.

“My mother wants me to leave. As soon as possible,” said Domiziana Dominiconi, a 21-year-old university student who is also desperate to stand on her own two feet.

Dominiconi aims to leave home as soon as she graduates and to leave Italy, too, to live and work in France.

“I have a lot of friends that live in Paris. They are my age, they work and they have a home of their own. It’s easier there, I think,” she said, adding “I would love to stay and work in Italy, but it’s very, very difficult here.”

Two hundred thousand young Italians, many of them university educated, emigrate every year. Critics describe this as a shocking flight of human capital, a much bigger problem than the bamboccioni, and the ultimate irony: In spite of its bambino-loving culture, Italy is driving its young away.