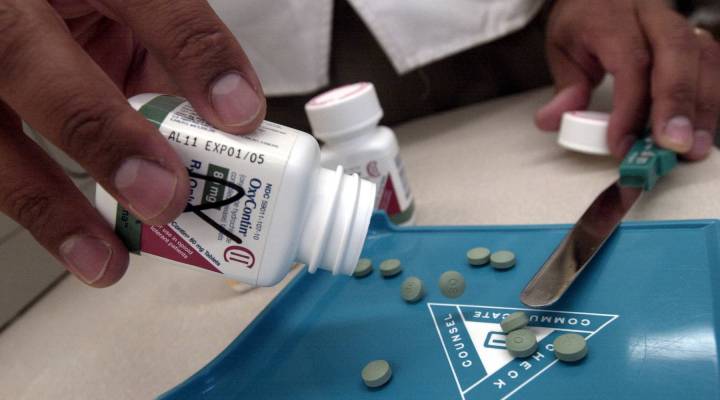 Purdue Pharma, the company behind prescription painkiller OxyContin said it will stop marketing opioid drugs to doctors, bowing to a key demand of lawsuits that blame the company for helping trigger the current drug abuse epidemic.

The company announced its surprise reversal on Saturday. Purdue’s statement said it eliminated more than half its sales staff this week and will no longer send sales representatives to doctors’ offices to discuss opioid drugs, starting Monday. Its remaining sales staff of about 200 will focus on other medications.

“We have restructured and significantly reduced our commercial operation and will no longer be promoting opioids to prescribers,” the company said in a written statement.

OxyContin has long been the world’s top-selling opioid painkiller. It generated billions in sales for privately-held Purdue. The pill, a time-release version of oxycodone, was hailed as a breakthrough treatment for chronic pain when it was approved in late 1995. But some users quickly discovered they could get a heroin-like high by crushing the pills and snorting or injecting the entire dose at once.

Purdue’s promotions exaggerated the drug’s safety and risks of addiction, leaning heavily on one sentence: “Delayed absorption as provided by OxyContin tablets, is believed to reduce the abuse liability of a drug.” Sales rep used the sentence to market the drug to doctors. The company’s approach lead to lawsuits and federal investigations. But the painkiller continued to rack up blockbuster sales.

At the heart of Purdue’s sales tactics was an unusual marketing guide, based on the children’s classic “The Wizard of Oz.”  Marketplace obtained a copy of a Purdue Pharma sales document, called “IF I ONLY HAD A BRAIN…”  It was stamped “Training & Development,” and sent out to the “Entire Field Force” from the sales department on Nov. 4, 1996.  In the document, Purdue offers its sales reps a guide to convincing doctors to prescribe OxyContin.

According to a GAO report, Purdue spent approximately six to 12 times more on promotional efforts during OxyContin’s first six years on the market than it had spent on its older product, MS Contin, during its first six years, or than had been spent by Janssen Pharmaceutical Products L.P., for one of OxyContin’s drug competitors, Duragesic.

The sentence would remain on OxyContin’s label for more than five years before the FDA removed it and put a “black box warning” on the drug, signifying the drug’s serious or life-threatening risks.

Listen to The Uncertain Hour to hear how that highly-marketed sentence helped set off the opioid crisis.

Updated: This story was updated to include Purdue’s statement.