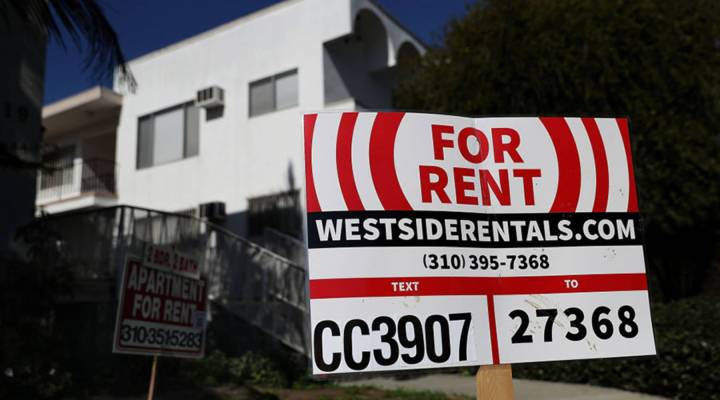 In October, Los Angeles opened its Section 8 housing voucher waiting list for the first time in 13 years and began taking applications for a lottery to get a spot on it. Valerie Stacker submitted hers as soon as she could.

“I’m just waiting and anticipating that I will make that list, that lottery list, because I really need it for me and my grandson,” said Stacker, a 62-year-old retiree and primary caregiver to her 10-year-old grandson, Angel.

The federal Housing Choice Voucher program, better known as Section 8, provides rental assistance to more than 2 million low-income people, but that’s about one-fourth of those who are eligible. Demand for vouchers far outweighs supply, and long waiting lists have become the norm. Still, Stacker thinks it’s worth a shot.

“I’m motivated for Angel so he’ll have his own space where he can play and, you know, have fun,” she said, showing me around her South Los Angeles apartment in November. It has two bedrooms, but she splits the $1,500 rent with a friend, who uses one. She and her grandson stay in the other room in a bunk bed.

“I sleep at the bottom, and Angel sleeps at the top,” Stacker said. “So we have the TV in here, and he has some games and stuff like that.”

She worked for General Motors in Illinois before retiring. She’s been using her roughly $20,000-a-year in retirement benefits to raise Angel since he was an infant.

“Feeding him and clothing him is just almost impossible because of having to give all of my money to rent,” Stacker said.

Stacker was one of 188,000 people who applied for 20,000 spots in the voucher waiting line for the Housing Authority of the city of Los Angeles. And that line won’t be moving quickly. The Housing Authority’s Section 8 director, Carlos VanNatter, said only about 200 vouchers become available here every month, basically when a pay raise makes someone ineligible or someone dies.

“And even at that list of 20,000 — way less the number of people who applied — it will take us up to 10 years to get through that list,” VanNatter said.

Even with a voucher, there’s no guarantee you’ll find a landlord who will take it. Recipients have just six months to sign a lease or lose their voucher altogether. In LA, only 60 percent are successful. Keely Stater at the Public and Affordable Housing Research Corp. said that doesn’t seem to put people off. Los Angeles has one of the longest waits in the country.

“Really deep cuts,” said Doug Rice, a senior policy analyst at the Center on Budget and Policy Priorities. The national average wait for vouchers is more than two years, and about half of all housing authorities have closed their lists.

“On our estimates, the administration’s request for housing vouchers, for example, would have left 250,000 housing vouchers without funding next year,” Rice said. “These are vouchers that families are using.”

Last month, Valerie Stacker and thousands of others opened emails from and made calls to LA’s Housing Authority to see whether they were drawn in the lottery and earned a spot on the list. Most were disappointed.

Stacker understood the odds and the need in Los Angeles. She said she’ll stay put in her cramped apartment for now.

“Maybe that just wasn’t for me,” Stacker said. “I’m sure there will be other possibilities. I will have my own space. I’m gonna make that happen.”

If she can’t find assistance elsewhere, Stacker can always reapply for Section 8 when Los Angeles opens its waiting list again in another decade or so.