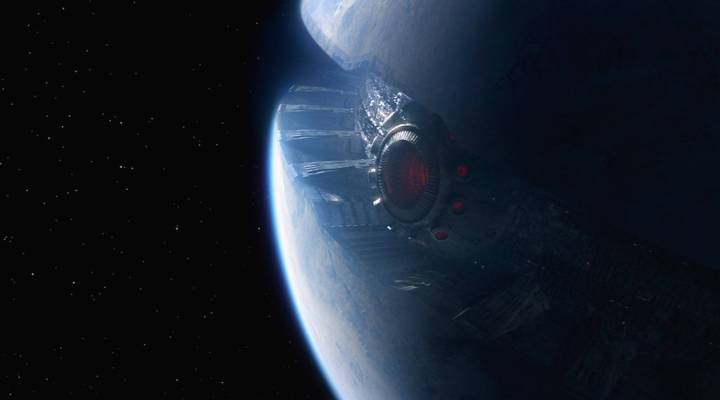 Starkiller Base, in all its sun-extinguishing, planet-destroying glory. Disney/Lucasfilm

Starkiller Base, in all its sun-extinguishing, planet-destroying glory. Disney/Lucasfilm

What does it cost to replace large parts of a barren ice planet with a big ol’ gun? It’s actually a lot less than you’d think.

Ahead of opening weekend for “Star Wars: The Last Jedi,” Washington University assistant professor Zach Feinstein ran the numbers on Starkiller Base, the planet-turned-superweapon from 2015’s “Star Wars: The Force Awakens. He pegs the price tag at $9.315 quintillion. That’s a fraction of what he estimates the Death Star would have cost, and it’s mere pocket change for “Star Wars” studio Disney, surely.

In his day job, Feinstein’s an engineer specializing in financial modelling, and on the side he applies those skills to all kinds of fictional worlds. We talked with him about the economics of “Star Wars” a couple years ago, when he used American defense spending to suss out the cost of building both Death Stars, and the economic fallout from blowing them up.

This time Feinstein turned his attention to the new trilogy, wherein the evil First Order carved out an entire ice planet and replaced its equator with a weapon that absorbs nearby stars from one end and fires a deadly laser out the other. Here it is in action.

Ouch. It’s about five times the size of the Death Star, and much more deadly, taking out a whole planetary system in minutes. Starkiller Base would be many times more expensive — and if the First Order had built it from scratch, with all other things being equal, costs would run into the sextillions, Feinstein wrote.

But since we see human characters in “The Force Awakens” running around on the surface of the planet, along with trees and other Earth-like features, we can assume the planet and its atmosphere could sustain life before the bad guys showed up and started digging. Without the cost of an artificial atmosphere, Starkiller Base is more akin to a giant building, or a submarine, instead of a space station, according to Feinstein.

With that in mind, Feinstein got to $9.315 quintillion, or less than five percent the cost he calculated for the Death Star. A steal! Much easier to absorb the cost of it getting blown up.

Chalk this one up for the First Order: Apparently, they could manage a budget better than the Emperor could.