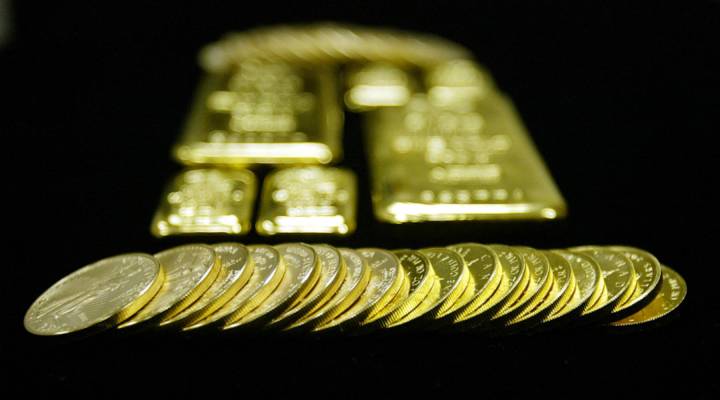 Since the financial crisis eight years ago, there’s been something of a gold rush as worried investors have piled into the yellow metal. But a new study has revealed that part of the stampede into bullion has come from a  rather surprising quarter: the central banks.

A think tank, the Official Monetary Financial Institutions Forum, reports that since 2008, the guardians of paper money have bought 2,800 tons of gold. The Chinese and the Russians have done most of the buying; the western central banks have simply halted their mass sales.

So while embarking on a highly novel experiment with so-called “fiat” currencies, nailing interest rates to the floor and printing vast amounts of money, the central bankers have also been, quietly, resorting to an archaic  tool of monetary management.

“Collectively they seem to have decided that gold is a good thing to hang on to. It’s a psychological prop which central banks these days seem to think is quite useful to have,” said David Marsh, co-author of the OMFIF report.

The buying spree since 2008  followed a 40-year period in which many central banks sold off part of their gold stocks and downgraded the metal as a part of their reserves. Adrian Ash of the gold and silver internet exchange Bullion Vault is not surprised that in these uncertain times the central banks have rediscovered  the yellow metal’s ancient allure.

“Gold doesn’t go bust on you. You can’t destroy it any more than you can inflate its supply. It’s that permanence that appeals in moments of change,” Ash said.  “Gold tends to do well when other assets do badly, but it does best when people lose confidence in central bankers.”

So why are the central bankers buying the stuff? Have they lost confidence in themselves?

“On the one hand they’re printing paper, they’re devaluing currency. On the other hand they’re purchasing physical gold to maintain their currency’s purchasing power,” he said, adding that the growth of official holdings  underpins the case for private investors putting some of their wealth into bullion.

“ If central banks really had confidence in themselves, i.e. in paper money, they would get rid of all the gold in their vaults, sell it all off at high prices and put the proceeds  into dollars, euros, yen or what have you. Instead they’re clinging onto this slightly primitive relic as something to hold on to if things really go down the drain,” he said.

However, Marsh warns that the gold bars that gleam reassuringly in the central bankers’ vaults are little better than a security blanket. They would cover only a tiny fraction of the paper liabilities now floating around the globe.