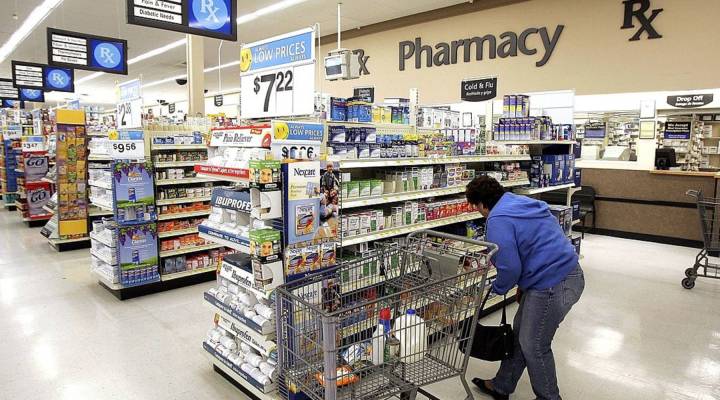 It looks like health spending will continue to gobble up more and more of the economy.

That’s according to a new report this week from federal health officials in Washington who project by 2025, one-fifth of our economy will be devoted to this sector.

The more we spend on health, the less we have for everything else, like education, safety, roads and bridges. This is all happening at a time when prescription drugs are becoming a bigger and bigger share of where our health care dollars go.

That helps explain why there’s so much energy going into efforts to change how we pay for drugs.

To be sure, drugs can do miraculous things.

“The one thing that we don’t talk enough about is what this does. By spending a money on a cure, we are not spending money on other medical services later in people’s lives,” he said.

Over the last year, pressure on the pharmaceutical industry has intensified to justify its profit-maximizing business practices.

Industry executives time after time say the more their companies make the more they can go after the big game like Alzheimer’s, Multiple Sclerosis and cancer.

The problem, said Dr. Peter Bach at Memorial Sloan Kettering, is many of these treatments are already hard to afford, but then drug makers keep aggressively raising prices.

Federal data show a nearly 10 percent spike from May 2015 through May 2016, one of the highest jumps of any product sold in the U.S over the same period.

“Pharmaceutical corporations are in total control of the prices they charge for their products and they no longer restrain themselves at all when it comes to sticking prices on their products to increase their revenue,” he said.

To be sure, some pharmaceutical executives even question common business strategies within the industry like efforts to block a new class of generic drugs.

While some practices are controversial, Harvard economist Amitabh Chandra says he’s not surprised to see drug makers take advantage of the moment.

“The PhRMA companies are doing exactly what we are telling them to do,” he said.

“We are telling them we have an infinite appetite, feed us. So they are feeding us.”

Chandra says until we limit that hunger the price of drugs will only know one direction.