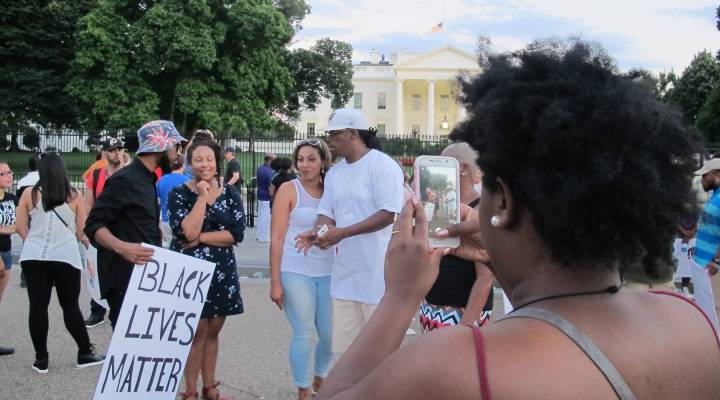 Update, June 1, 2020: Protests following the death of George Floyd at the hands of Minneapolis police have been recorded in recent days in about 150 cities nationwide. Floyd’s death and others have been caught on smartphone video, highlighting the key role of the technology in these moments.

Demonstrations tied to the Black Lives Matter movement continued through the weekend in cities all over the country. As they marched in — and sometimes blocked — streets, protesters used smartphones to organize, communicate, and document what was happening, as it was happening.

“What the smartphone is doing is that it’s almost offering an invitation to people that might not necessarily see themselves as protesters or who maybe in the past have been reluctant to join a protest movement,” she said.

Reverend Gregory Drumwright helped organize one of the demonstrations in Washington, D.C., and said smartphones have become an important tool for justice.

“Society has a body camera,” he said at Black Lives Matter demonstration outside the White House. He pointed out that especially now, with so many options available for live streaming, holding up a smartphone at a protest or when interacting with police means: “It’s not just me that’s watching, the whole world is watching what I see.”

The whole world watched along with Diamond Reynolds in Minnesota, when, just moments after her boyfriend was shot by a police officer she began streaming with Facebook Live.

“[The smartphone] is a level of symbolism to say ‘I can watch you and I have a voice. I have my own media platform’,” she said.

Wright Rigueur said those platforms, and the tech companies that run them, are struggling to adapt– trying to limit negative content, but still leave space for expression.

“What we’ve seen is that most of these major technology corporations … have acknowledged that they can be used to document when injustice happens,” she said.

Imani Perry at Princeton University said throughout history, activism has always been quick to embrace technology, whether it’s the telegraph or the mimeograph.

“Whatever technology has been available,” she said, “people have tried to use technology as a mechanism for organizing themselves and also for seeking freedom and equity, and I think this is just the latest iteration of it.”

Back in D.C., Erica England also attended the demonstration at the White House, which she discovered on her smartphone. The 25-year-old sophomore at Howard University said when she bought her phone with its pink sparkly case, she never thought this would be how she’d use it.

“I really thought it would be for things that don’t really matter, like posting pictures, selfies,” she said. But now, it’s important to have a smartphone… It can mean life or death.”

Now the phone doesn’t seem quite as frivolous. 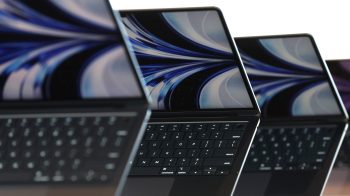 From dearth to glut: why there’s an oversupply of some computer chips 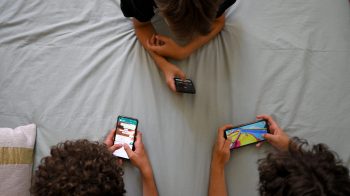