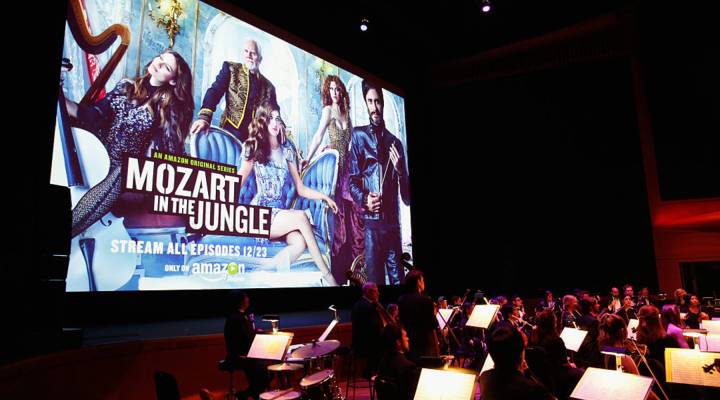 COPY
A general view of atmosphere at the red carpet premiere screening of Amazon's Original Series 'Mozart in the Jungle.' Brian Ach/Getty Images for Amazon Studios

Amazon is playing the short game in a move to boost its long game. The internet giant has launched a stand-alone monthly streaming service for $8.99. Amazon is also making Prime memberships, which include free streaming,  available for $10.99 a month. That compares to $99 for an annual membership to Prime, which until now was the only option for free two-day delivery on Amazon purchases, as well as free streaming.  In playing the monthly subscription game, Amazon is taking direct aim at Netflix, Hulu and other streaming services.

The company is about to learn just how fickle TV viewers are.

“The only loyalty people have to subscription is good content and low cost,” said Robert Galinsky, founder of the New York Reality TV School.  “There’s no sense of brand loyalty.”

That creates an expensive phenomenon in the streaming world known as churn.

“It’s death to these services,” said Jonathan Taplin, professor of communication at the USC Annenberg school. “They probably $100 dollars to acquire a new subscriber, through marketing advertising, direct consumer pitches.  If they lose them in three months, they’re completely screwed,” he said.

Taplin says that’s why Netflix, for example, spent roughtly $1 billion out of its $2 billion in net profits last year on original content.  Amazon also has been spending big, bankrolling movies with theatrical releases and creating high-quality series like “Transparent,” and “Mozart in the Jungle.”

Most streaming providers have invested in some form of original content.

But for Amazon, show business is really about its other business–selling stuff online. And all the monthly subscriptions are just a vehicle to get subscribers hooked on the shows and the two-day package delivery and pony up for a year of Amazon Prime.  Over a year, it’s cheaper than all the other options.

The monthly subscription“actually serves the purpose of making that annual subscription look like even better value,” said Dan Cryan, director of media at IHS.

Come for the TV show, stay for the free shipping on your holiday gifts.