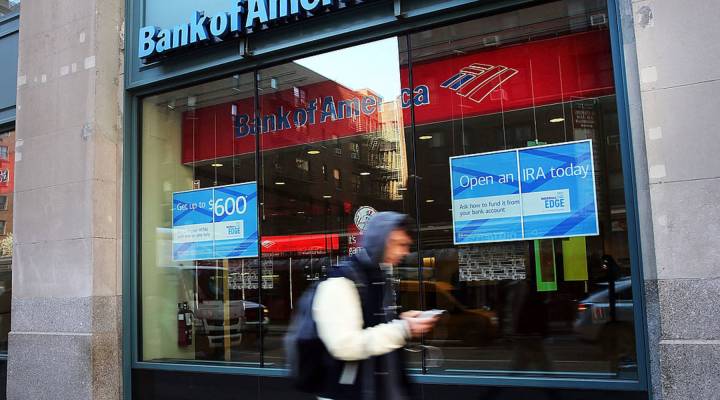 Bank of America and U.S. Bankcorp have rolled out a new service that allows customers to use their banking app or website to send money electronically…….just like Paypal, Venmo, Square Cash, and Facebook. Not to mention similar services like ApplePay, AndroidPay, Masterpay.

“It’s within seconds that that money is available. You can take it out of the ATM, it’s very immediate,” says Lou Anne Alexander, chief market development officer at Early Warning for payments. Early Warning operates the system banks use for peer-to-peer payments.

Alexander says the Bank of America and U.S. Bankcorp systems allow customers to send money to anyone with a United States bank account. It’s only instant, however, between customers of the two banks.

That may change, as JPMorgan Chase & Co. and Capital One Financial Corp. told Reuters they plan to offer the service later this year, and other banks may follow.

“If there is more networking between the banks, that could make it a pretty competitive offering and certainly provide a lot of competition for Paypal and others,” said Steven Biggar director of financial institutions research with Argus Research.

In the meanwhile, said Rajesh Kandaswamy, director of banking and securities at Gartner, “the other payment mechanisms are not going to keep quiet, they are going to work to get customers.” Early movers also benefit from simple consumer habit. Banks have been late to the mobile payment game.

“Part of it is they’re not quite sure how to make much money off of it,” said Deborah Baxley, an independent international cards and mobile payments consultant. Alexander says banks are now seeing value in providing instant payment as a service.

Kandaswamy says the banks can be forgiven for their delay.

“Banks have been quite busy after the crisis taking care of regulations, raising capital, they had all kinds of other issues they were dealing with,” he said.

Paypal has an advantage in being ubiquitous, it processed $228 billion in payments in 2015. Venmo is virally popular. Applepay and Androidpay have the plus of being affiliated with mobile phones and relationships with merchants. Transferring money through banks has its own advantage: “that safety and security of dealing with my trusted financial institution,” Alexander said.