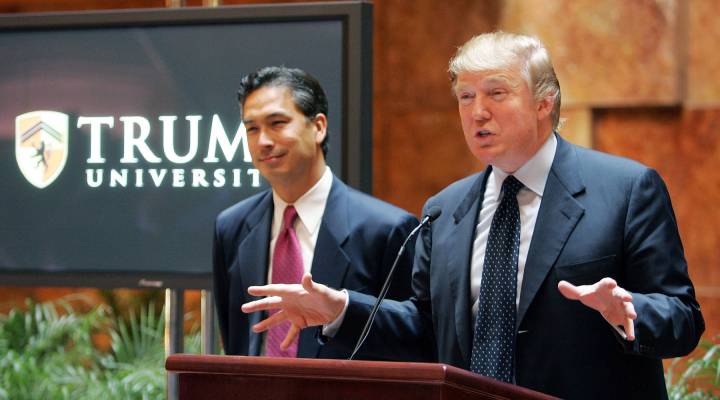 If you watched the Republican debate Thursday, you heard Senators Marco Rubio and Ted Cruz both attack Donald Trump for his now-defunct Trump University.

Started in 2005, Trump University now faces three separate lawsuits alleging that students who paid as much as $35,000 for its real estate investing courses got little for their money.

Back in 2008, near the bottom of the real estate market, Robert Strupp saw ads for Trump University in the Baltimore Sun. The ads offered free seminars on how to make money buying homes facing foreclosure.

“So I took advantage of that and went down to the hotel ballroom where the course was being offered,” Strupp said in an interview Friday.

Strupp didn’t go as a potential investor. At the time, he worked for Baltimore’s Community Law Center, fighting predatory real estate programs. Much of the two-hour course, he said, was spent encouraging people to sign up for more expensive CDs and “elite” courses with their credit cards.

“Several dozen probably went back and gave them their credit card,” he recalled. “It was shocking and disturbing to see it, but yes they did.”

Not long after, the states of Maryland and New York forced the company to drop the word “university” from its name. It’s now known as the Trump Entrepreneur Initiative, though it no longer accepts students. Meanwhile, the New York Attorney General has a $40 million fraud case still pending against the company. Trump may be called as a witness this spring in a separate class-action lawsuit brought by dissatisfied customers who say promises of mentoring and access to capital didn’t pan out.

Last night, Trump called that lawsuit “nonsense” and said it would be “easy” to win.

As a candidate who’s built his campaign on his record as a business man, the attacks could hurt.

“Any time there’s criticism, revelations, concerns about something that is a core attribute that a candidate is running on, that is a big problem for the candidate,” said Republican strategist Matt McDonald. “That’s true for Donald Trump, too.”

McDonald would know. He advised the 2012 Mitt Romney campaign, which suffered from Romney’s work at the private equity firm Bain Capital.

Now that Trump is the clear Republican front-runner, McDonald expects we will hear a lot more about Trump University. 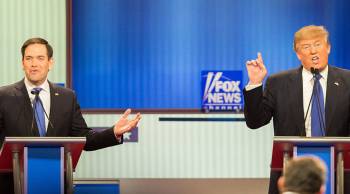 An expensive real-estate seminar isn’t how to get rich