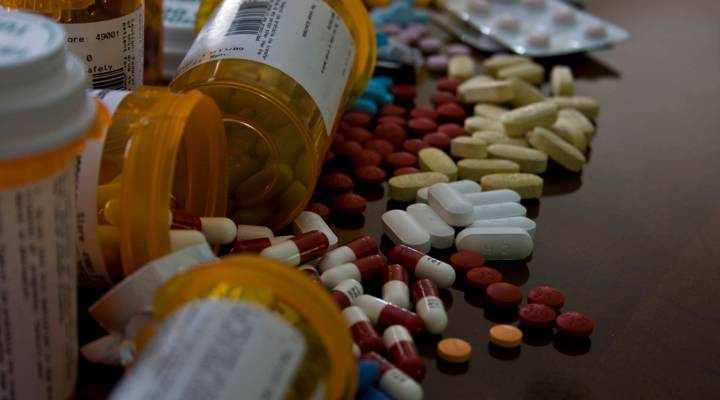 COPY
With high drug prices, more generics are needed to create competition, but can the FDA is having a hard time keeping up. NVinacco/Flickr

With high drug prices, more generics are needed to create competition, but can the FDA is having a hard time keeping up. NVinacco/Flickr
Listen Now

For the second time in two weeks, Congress set its sights on generic drugs. Members of the House Oversight Committee are worked up over some of the price gouging we’ve seen in the past six months.

Part of what got us to this point, where a company like Turing Pharmaceuticals jacked up the price of a drug 5000 percent, is a Kafkaesque backlog of generic drug applications at the FDA.

Let’s go back to 2012, when 4739 generic drug applications had piled up. Remember, these are products with the power to cut how much we paid for our prescription drugs. It got so bad, generic manufacturers and the FDA hammered out a deal.

“We redid everything about the program and built it to a modern review process and we are just going to crank the next two years, I have no doubt,” said Dr. Janet Woodcock, from the FDA.

In exchange for paying fees that totaled $1 billion over three years, generic manufacturers would expect to see applications move through the agency quicker. Since then, the FDA has hired 1000 people and has seen approvals shoot from about 35 a month in early 2014 to 99 last December.

“The real solution is the solution that always works which is introduce more competition in the market,” he said.

All week, Fein said drug wholesalers have reported generic profit slowdowns in their earnings calls, which suggests there’s less money to be made in the sector.

There are still certain rare disease drugs with no competition which are ripe for exploitation said Harvard economist Meredith Rosenthal.

“We should provide strong incentives to generic manufacturers who are willing to enter in these relatively small markets,” she said.

Rosenthal said if we really want to end crazy price gouging, we’ve got to identify generic drugs that have monopolies or near monopolies. And if the federal government has to pay companies to get in to those markets, then pay them. The benefit, she argued, is worth it.