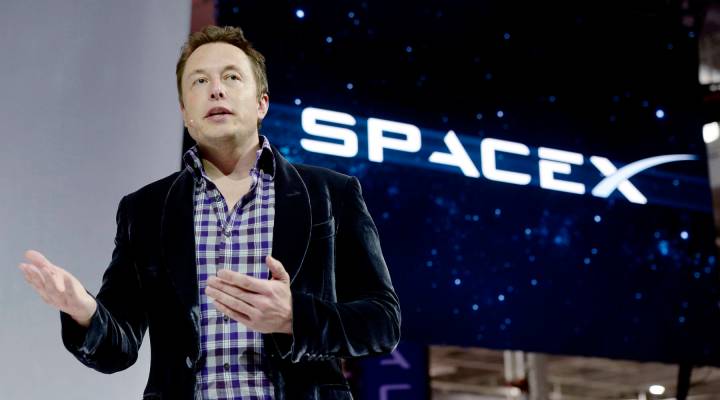 Elon Musk runs a couple of high-tech companies, but they do more than code.

They make things like space rockets and electric cars. Elon Musk is the CEO of both SpaceX and Tesla, and now he’s the subject of a new biography by Bloomberg Business reporter Ashlee Vance. It’s called “Elon Musk: Tesla, SpaceX, and the Quest for a Fantastic Future.”

Vance’s book is getting some buzz this week. We talked with him about, arguably, one of the most important entrepreneurs of our time.

He was born in South Africa, and … as you might kind of expect, he was really into sci-fi and video games. He was a bit of a loner at school. He was very bright. Growing up, his father was pretty hard on him. It’s one of these things in the book where Elon and his family members talk about it, but they never say what was so difficult about his dad…but you know that it left this big impression on Elon’s life.

About Musk’s evolution in Silicon Valley:

He had to learn a lot during that period. At Zip2, he was the CEO of the company and he was not a great CEO. He worked really hard, and people were impressed with that. He outworked everybody and he had this hustle. He was smart but he wasn’t great at managing people. Then he gets to PayPal and it sort of repeats, although he’s getting a little bit better as time goes on. And he’s finding ways to sort of marshal people and learn to encourage them, and then he realizes you get more out of people if you do that. You see him evolve.

On Tesla’s charging stations and innovation:

I was one of many people who thought that was crazy and it would never happen, and today there are hundreds of these charging stations, not only in the United States but in Europe and Asia. So you have a guy who built the electric car and then built the fuel infrastructure to pull it off. When he starts doing things like that, you start giving him the benefit of the doubt.

I think Space X has changed the space industry. All of its competitors are reacting to it. There’s still huge gambles and risks but the companies are very healthy right now.