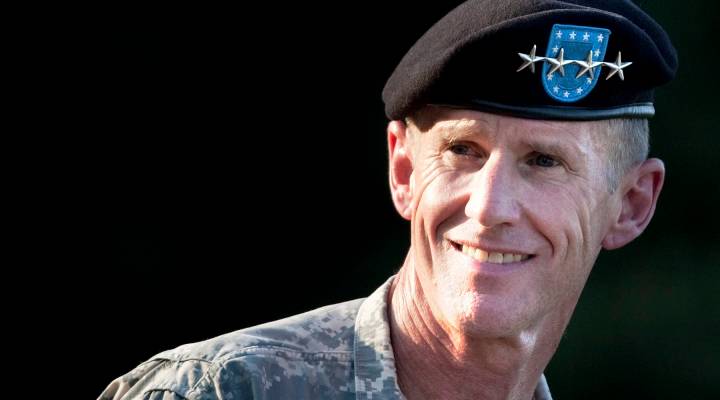 Gen. Stanley McChrystal on what makes a good leader

Gen. Stanley McChrystal on what makes a good leader

When retired U.S. Army General Stanley McChrystal took control of a Joint Special Operations Task Force in Iraq, those in his charge were highly trained, and very good at their job. And yet, “what we found was, the outcomes were diminishing. I.e., we were losing the war in Iraq,” says McChrystal.  “We could either continue to be very, very good at what we did and fail — or we could change ourselves fundamentally, to be successful.”

It’s that lesson that McChrystal thinks business leaders should take to heart, something he chronicles in his new book,  “Team of Teams: New Rules of Engagement for a Complex World.“

On getting large, bureaucratic institutions to make changes

In the organizations that I was in, which are so elite, sometimes the aversion to change or resistance is even higher. Their very identity is wrapped up into how things have been done. But there still needs to be this creation of the idea of shared consciousness that we all understand what we’re trying to do against a common understanding of what the problem is, so we can react quickly.

The old idea that we will only share information with someone who needs to know, that’s sort of the tagline from movies and whatnot, is basically flawed because — who knows who needs to know?

What we see in Silicon Valley right now is a tremendous amount of innovation. But the idea that big data is suddenly going to give us the answer to the problem is something that, in the book, we find to be incorrect because the speed at which data is being created and changed stays ahead of our ability to harness it.

On his ideal leader of the future

I really believe it’s going to be someone who creates an ecosystem. In that ecosystem, the leader allows a whole host of leaders inside that to interact and be effective, and that’s where the power comes from.

On the Rolling Stone article that led to his eventual retirement

In the case of trusting your staff, I trusted my team in a case that, when sometimes things come out wrong, the most important thing is to learn from it quickly, learn from it immediately, keep the confidence of the organization up and move forward and that’s what I think is really important.

Since his retirement, General McChrystal has also been an advocate of universal national service. Listen to the audio below for more of his conversation with Kai Ryssdal: