Baristas take note! How to get more money in your tip jar

Baristas take note! How to get more money in your tip jar

Since you asked, one brilliant tip jar strategy can be found at Rize Coffee in Midtown Manhattan. It’s actually two tip jars. Lee Mazur* is the manager.

“Every day we change what each jar says, so it’s usually a choice between two different things, For example, today the choice was between coffee and sleep. When you make your tip, you choose by placing a dollar and voting for coffee or sleep, whichever you prefer,” says Mazur.

As you can imagine, coming up with a choice every day — “bourbon vs. scotch,” “Knicks vs. Nets,” “duck-billed platypus vs. the sloth” — can be pretty tough. And over time, he’s learned some things about what makes people tip. But maybe not what you’d expect.

“Although it’s a fun game, I don’t think it really affects the amount of total tips. At the end of the day, what increases tips is good service and a great product,” says Mazur.

Of course, this one coffee shop is a pretty small sample size. It’s probably worth looking into the larger research on tipping.So, I went to TippingResearch.com. That’s where you’ll find Michael Lynn, a professor at Cornell’s School of hotel management.

“I don’t know of any studies that look into the effect of tip jar messaging on tips. I can speculate,” says Lynn.

Which is exactly what we’ll do. Professor Lynn thinks the Rize Coffee “vote by tip” method is probably a good strategy.

“People find the opportunity to say something about themselves valuable. I would fully expect that would increase tips,” says Lynn.

We go through a little list of tip jar messages that I’ve seen, and he tells me what she thinks.

The classic one that says, “barista college fund.”

“Um, I don’t think that’s terribly clever, funny. I would doubt that it would have a big impact,” says Lynn.

One that says, “Every time you don’t tip, a child gets a mullet.”

He pauses. “OK, and my guess is that’s an attempt to be funny. It creates positive affect, and people in a good mood tip more. My guess is that it would work,” says Lynn.”It’s a joke at the expense of people who have mullets.”

One that just says, “Don’t be a selfish bastard.”

“People who feel guilt, social pressure, are more likely to leave a tip, but they leave smaller amounts… The biggest thing you can do to increase tips is literally to communicate: ‘Hey, everyone else is doing it, and you should too.’ And frankly, the easiest way to communicate that is not through a message on the jar, but by salting the jar, putting money in yourself,” says Lynn.

OK baristas, ball’s in your court. Back at Rize Coffee, Lee Mazur is emptying the tip jar and counting the day’s results for the showdown between coffee and sleep. Quarters, dollars, the occasional fiver.

“And that’s it, coffee wins by a landslide,” says Mazur.

“I guess so. Although me, personally, I drink a lot of coffee, but a good night’s sleep is something very special,” says Mazur.

Look, no matter your preference, to Lee, and his tip jar, every day is election day. And the important thing is that you vote.

*CORRECTION:  The original version of this story misspelled Lee Mazur’s name.  The text has been amended. 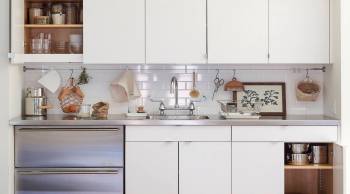