The cat bite was bad enough. But then L.A. Times columnist David Lazarus got an infection. Soon enough he was in the hospital, having surgery that eventually saved his left hand. Of course, he was relieved. Then he got the bill. The total charges came to over $52,000. Add a couple thousand for physical therapy and co-pays for follow-up visits, and it comes to nearly $55,000.

But how? Let’s do the math.

Digging into some of these individual charges, Lazarus found that they were available for much less elsewhere. Why, for example, was he charged $16 for generic Tylenol?

“It all basically stems from the discounts that are contractually given to insurers in return for them bringing scads of patients into hospitals. So what do the hospitals do? They jack up all the prices so that the prices become so inflated, that once the discount kicks in, they’ll still be able make a profit,” Lazarus says. “You have no idea what any particular thing really costs.”

Lazarus went to talk to the head of the hospital where he says he received excellent treatment. He says Dr. Feinberg of UCLA Medical Center told him the extra $14,000 was “funny money.” It simply disappears.

You could argue that American health care worked exactly as it should. Lazarus received the treatment he needed and the bulk of it was paid for by insurance, a point he acknowledges.

“Three thousand dollars out-of-pocket for a $55,000 bill — there’s going to be a lot of people who say, ‘What are you griping about?'” says Lazarus. “But … the average worker pays more than $4,000 a year in premiums for family coverage. So is $3,000 out-of-pocket a good deal? A bad deal? I don’t know, because I don’t know how much anything costs.”

And yes, Lazarus still has the cat. 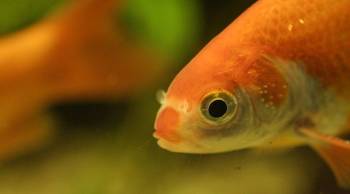